(Please call Amherst NH Animal Control for all your domestic animal issues, including dogs and cats at 603-673-4900)

In Amherst New Hampshire, nuisance animal intrusions are one of the most common animal problems by residents and business owners. Since local authorities do not handle wildlife animals, it is our privilege to provide Amherst NH wildlife removal services for houses and facilities with problems on beaver control, bat removal, raccoon trapping and rat control.

Other indigenous creatures we handle include skunks, muskrats, opossums, flying squirrels, groundhog, moles and other undomesticated species. If you don’t know about the animal intruder, but want it to be removed, give us a call in our Amherst Hillsborough wildlife hotline to describe the problem it presents. 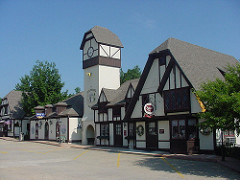 Amherst NH is within the Merrimack River watershed, and also maintains the Baboosic Lake, Hodgman State Forest and Ponemah Bog Wildlife Sanctuary. From these natural greens, woodlots and forests, indigenous animals native to New Hampshire can be seen that includes beavers, raccoons, squirrels, opossums, groundhogs flying squirrels and even bats.

You can see beavers not only on the ground, but also in water. They have physical characteristics which fit their semi-aquatic nature, like their big hind webbed feet and huge paddle shaped flat tail. The front paws are much smaller, unwebbed and has claws. The beaver’s eyes have nictitating membrane which gives them the ability to see underwater. They usually seal their ears and nostrils when they swim. Beavers have thick fat layer on their skin for insulation in cold waters. These creatures can sometimes find themselves in private properties, and can be drawn in resorts, swimming pools and water fountains. 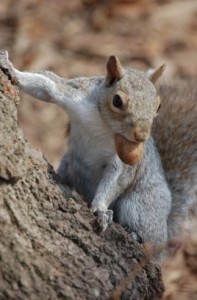 Flying squirrels don’t have wings when they take their flight in the air and usually use ‘patagium’, a stretchable furry membrane attached from their ankle up to the wrists. These squirrels can’t power their flight and generally jump and glide using this parachute membrane when they move from one tree into the next. To stabilize their flight, they use their fluffy tail as some sort of an airfoil. They also use the tail as an air brake when they land on branches.

Raccoons like to freely roam near bodies of water like lakes, ponds and river. They can also swim with speed of around 3-5 mph, with an ability to stay for couple of hours in the water. In Amherst, there were reports of raccoons leaving wastes and droppings in fountains and pools. The main reason raccoon control is needed for households and commercial places is when raccoon break into people’s homes, usually the attic.

Squirrels have unusually big eyes, which give them good vision in finding food items on the ground and sensing the threat of bigger predators. This trait can be seen in both ground squirrels and tree squirrels in Amherst New Hampshire. Aside from the vision, squirrels also have good sense of touch and in most cases good grip. You will probably notice how they hold acorns firmly while running, without losing grip of their food .

Skunks can eat both plant and meat, often adjusting and adapting their diet on the environment and the season. A skunk can eat invertebrates and small mammals. Their usual meat diet can typically include larvae, fungi, grubs, earthworms, salamanders, lizards, mice, small rodents, frogs, birds, eggs, moles and even snakes. Their plant diet can include fruits and vegetables like berries, grass, nuts, leaves and roots. If you see a skunk in your property, chances are they were led there by their food hunting. 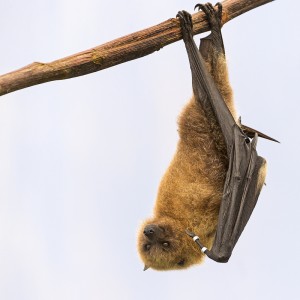 Most of the bats seen in Amherst are microbats, which often retreat in rock conclaves, dormant volcanoes and mountain caves to hibernate in winter. Bats usually go into deep stupor, basically dropping their body temperature into the same temperature of their immediate environment. This hibernation can last from 3 to 6 months, or until spring season goes into full bloom. If you found a bat hibernating inside your home, don’t touch it, call a bat removal professional instead.

Removing the underground animal mole can be difficult. It requires careful planning and strategy, and can’t be done by inexperienced individuals. You may want to consult a wildlife removal professional if you want to successfully remove a mole and prevent it from coming back in your property. We have a dedicated mole removal specialist in Amherst New Hampshire; please call our number for inquiries.

Removing opossums are not easy. Some business owners in Amherst NH tried to let their employee apply a do-it-yourself method they’ve learned, only to be frustrated, with the possum almost causing injury to the their staff. When you found an opossum in your property, it would be better to call an opossum removal expert that knows effective methods and safety procedures on every situation. In Amherst New Hampshire, we have a stand by specialist on opossum, call us for details.

Muskrats have similar traits with beavers, being a medium sized rodent with semi-aquatic characteristics. It is also native to North America. It likes to stay in wetlands, and has an omnivorous diet. Muskrats can fairly adapt in different type of climates and environments, quite similar to their rodent family member, rats. In Amherst NH, we’ve removed muskrats from houses that usually have pools and fountains.

Groundhog has similar physical characteristics with mountain living marmots. The groundhogs however live mostly in the lowlands. Living mostly in low level grounds have allowed groundhogs to get into residential areas and establishments in New Hampshire. Groundhogs are medium sized around 18-20 inches and can weigh 3-4 kg. Remember that these creatures are untamed, they can be uncontrollable and violent if you have no experience in handling groundhogs.

In our rat removal services in Amherst, some people often interchanged rats with mice. Even if the two share similar physical traits with one another, they do vary quote notable with their size. Rats are generally larger, while mice are basically smaller. However, rats seem to be more despised by most people we’ve met perhaps because of their bigger size. Still both are disease vectors and we advice precaution and prevention.

If you notice birds, they like to move and fly in groups and with their same species. They usually migrate in long distances in flocks, often communicating with another through calls, sounds and visual signals. This social behavior can be seen when they breed and search for food. In most instances, flock of birds can also cause a big mess leaving their droppings, wastes and feathers in households and facilities. There are various methods to remove birds and prevent them from coming back. Call our hotline for details and inquiries.

Keep wildlife animals away from your property at all times. The main reason we always say this is because of the high risk of disease transmission by the creatures. Since this species come from the wild, you just don’t know the type of viruses and pathogens they carry. It’s much better to stay safe by having wildlife control and management in your place.