We provide Atlantic NJ wildlife removal of bat, raccoon, squirrels, skunk, mice, rodents and other nuisance animal intruders. Wildlife animals may find their way into residences and facilities in many cases such as city expansion, forest clearing, sports hunting and other disturbances. Removal and relocation of wildlife species would require safety procedures and gears, so it’s advised to just let a professional handle the work. Just give us a call for your inquiries on trapping, animal removal and wildlife clean-up services. 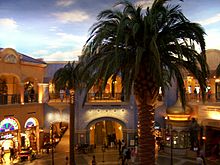 “The Quarter at Tropicana in Atlantic City”. Public Domain via Wikipedia.

Atlantic City is located in New Jersey’s Atlantic County, a well known beach; casino and board walk resort community in the East Coast. The place was the original inspiration for the popular board game Monopoly. Founded in May 1854, the city includes portions of other township such as Galloway and Egg Harbor. Other nearby communities includes Pleasantville, Absecon, West Atlantic, Ventnor and Brigantine. It is located in the southern part of the state, right along the shores of the Atlantic Ocean. The place is one of the prime locations for real estate development and commercial resorts. The place still has several undeveloped marshlands, marshland and lots which have continuously attracted several prime developers which continue the economic boom of the city. The area is made up of 6.3 square miles water, with 10.7 square miles land. Some of the communities which have portions in the city include Great Island, Chelsea, Venice Park and City Island. Known to be the ‘Gambling Capital of the East Coast’, there’s more than 33,000 workers in the casino resort and gambling industry. Some of the parks and nature areas in Atlantic and this include Wildwood Crest, North Wildwood, Strathmere and Wildwood. There are more than 17 parks and facilities which also include Galloway Tract, Oscar E. McClinton Jr. Waterfront Park, Weymouth Furnace, Riverbend, Weymouth Furnace, Penny Pot, Gaskill and Whirlpool Island.

Bats in Atlantic City often come in houses and buildings undetected. It usually takes some days or a week before a bat can be discovered. The reactions of residents usually vary from shock, fear, anxiety and concern. There are home owners who try to catch the bat by using ingenious means such as covering the mammal with a can or box. This rarely work however, since even if you caught a bat, other New Jersey bats may still enter if there’s still an opening with in the building or property.

What are the feeding habits of squirrels? Most squirrels consume fruits, seeds and also peanuts. Almost all type of nuts are consumed by squirrels, such as walnuts, cashew and pecan nuts. Since squirrels can’t digest plant cellulose, they do not eat vegetation such as leaves and vegetables. Squirrels in Atlantic County mostly depend on fats, carbohydrates and protein. There are some periods where squirrels in New Jersey eat vegetation usually on early spring, where nuts and seeds have not yet sprout.

If you’re with your family and you have elders and children with you, rat infestations can be problematic. These wildlife creatures are unsanitary. Just the sight of rats in New Jersey can make people scream, more so for women and children. Even guys would feel anxious and uneasy if there’s a rat inside their apartment. Rats have many ways to enter a house and they can squeeze into cracks, holes and pipes. These creatures can also swim, and you would certainly see lots of rats in the sewer. There were even cases rats swim from sewers and they come out into home or building toilets. If you need rat control in Atlantic NJ, just give us a call.

Removing a raccoon would need a specific strategy such as a live trap that can be set-up by a wildlife company. A professional animal trapper can assist you on the type of traps that should be set and on how to lure in the raccoon. Since raccoons are nocturnal and only become more active at night, the traps can be set early in the evening around 6 to 8 p.m. It should be left throughout the night until early morning. Consult a raccoon specialist on ways to set-up a raccoon trap.