(Please call Auburn NH Animal Control for all your domestic animal issues, including dogs and cats at 603-483-2134)

Once ranked number one as the most beautiful town in New Hampshire, Auburn NH has several great attractions around the city. These places include the Massabesic Lake, Devil’s Den cave, Massabesic Audubon Center and the Merrimack River Watershed. However, such nature landscape is also home to some of New Hampshire’s wildlife. Creatures can also be seen in the area’s high peaks, ranges, mountains and hills such as Mount Miner and Mine Hill. 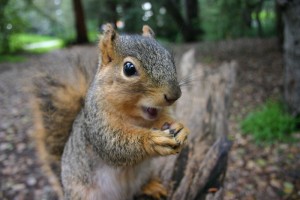 In Auburn NH, some of the frequent calls we receive include squirrel removal, bat exclusion, mole removal and raccoon removal. We also receive a lot of calls to remove beavers and flying squirrels. Beavers are primary problems for home and estate owners because of its uncanny habit to follow streams of water and build dams. House properties with fountains and pools always had to deal with beavers. On the other hand, the common problem on flying squirrels is on how it always finds its way inside upper rooms, attics and nursery rooms. We receive a lot of these calls from Auburn NH.

We also encounter a lot of calls to remove several indigenous New Hampshire animals like groundhogs and muskrats. These creatures are often found creating habitats in backyards and lawns. On the other hand, some Auburn residents discover skunks and opossums staying in their kitchen. These animals are drawn to uncovered food and even pet food left by dogs. We also had a couple of rat removals in several restaurants, cafes and diners. Birds removals have also been frequent the last couple of weeks particularly in fairways, parking lots and orchards.

Call us in Auburn NH

It takes awareness and concentrated procedures to successfully remove wildlife animals and then prevent them from coming back. Please call our wildlife removal representatives for questions on our methods, pricing and schedules.