(Please call Bedford NH Animal Control for all your domestic animal issues, including dogs and cats at 603-472-5113)

Wildlife control is not for the faint of heart. It needs dedication, commitment and hard work. In our long years of service, we’ve always been asked, “What keep you guys going, handling those dangerous animals?” We can say it’s our passion. We take pride in what we do. For this, we’re just as excited as everyone in Bedford New Hampshire to provide full service Bedford NH wildlife removal and wildlife management for homes and establishment in the cities of Hillsborough. 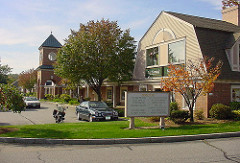 Different kinds of wildlife can be seen in Bedford, all of which freely roam and inhabit the abundant landscapes, vegetation and sanctuary of the city. Bedford is home to lush greens and trees of Waterfowl Park, Greenfield Farms, Riverfront Recreation Area, Pulpit Rock Conservation and Bedford Heritage Trail. Wildlife animals like flying squirrels, raccoons, bats, beavers, weasels, woodchucks can be seen living in a vibrant eco-diversity.

In our wildlife removal inspections in Bedford NH, home owners mistake flying squirrels as birds. Despite the attached ‘flying’ term, these are actually another type of species of squirrels that ‘glide’ their way in mid air. These species don’t necessarily take flight using wings the way birds do. Flying squirrels said to have originated way back 20 million years, evolving in some way from tree squirrels to primarily evade predators and to improve food search.

You’ve probably seen beavers mostly in land, but this wildlife animal can also swim. It even has some sort of membrane in its eyes which allow them to see clearly when they go underwater. The wild animal also instinctively seals their ears and nose as soon as they start swimming. A beaver can also withstand cold temperatures because of their thick fat skin layers and can even swim in cold waters if they needed to.

We have removed raccoons in Bedford New Hampshire and have been asked by residents about the wildlife animal’s traits. One of the interesting facts which fascinated a lot of people is when we tell them about the raccoon’s ability to regulate their body temperature, according to the temperature of their environment. Raccoons can somewhat control their body in some way like having a dual cooling system. If needed to, the wild animal can pant or sweat, to dissipate the heat in their body.

Different species of birds often go into migration in long distances during seasonal changes. They are known to be highly social and often move in groups. This has been the case in our inspections in Bedford New Hampshire, some of the residents saying they suddenly have an increased number of birds in their garden, fairway or farm. Birds like to move in groups. If you would like to apply a bird control and management in your property, you would need a specialized strategy that fit your structure or landscape.

Rats vary in sizes, but they can be differentiated from other members of rodents with their medium size (average shoe size) and long tail. Two of the most common rats are the black rats and brown rats, both of which referred as the ‘true rats’, for being the prime members of the genus ‘Rattus’ order. Rats can weigh around 500 grams to as much as 1 kilogram. These creatures are social and like group dynamics, which makes them difficult to contain in Bedford business or residential settings.

Groundhog can mostly be seen in open areas and country lands. We’ve mostly removed groundhogs from woodlands, gardens and lawns in Bedford New Hampshire. The groundhog mainly prefers woodlands and lowlands, than peaks or valleys and would often hang around far from their burrow entry. The population of groundhogs in New Hampshire have increased due to instances of forests clearing, which explain sudden emergence and intrusion of groundhogs in residential communities.

Even if muskrats can sometimes be referred as ‘rats’ by other people and have similar rodent characteristics, muskrats are not ‘true rats’. We’re often asked in Bedford NH about the terminology of the ‘muskrats’. The etymology of the wild animal’s name said to have originated from the word ‘muscascus’ which means red in Algonquian. Old English word ‘musquash’ is also said to be the base origin of the animal’s name.

The physical characteristics of opossums are similar to small/medium size marsupials, quite like a small cat or a mouse. Opossums however have longer snouts, smaller skull and a very prominent sagittal crest. They have an unusual full jaw compared with other mammals, with tricuspid molars, big canines and small incisors. There are instances of violent opossums, so it’s always advice for the public to remove them as soon as you see them in your home. 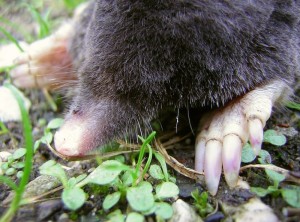 In several cases when we remove a mole in Bedford, a typical reaction of the property owner would be ‘I never thought a mole has little eyes and ears’. Despite their inconspicuous eyes and ears, the wild animal generally depend more on their powerful forelimbs and big paws in their daily life. The general lifestyle of a mole is to dig (to eat worms), nothing more, and you would rarely see them come above ground. Their mating season is around February to March.

You would need to remove bats as soon as you see them in your home for one reason: they’re live carriers of zoonotic pathogens. Since these mammals eat insects (which are mostly disease carriers) more than anything, they generally carry around the viruses which mosquitoes, flies or bugs have. Centers for Diseases Control have always advice the public to refrain from touching bats and instead call a bat removal expert to handle it the soonest.

Perhaps there is no other animal that get a bad reputation than skunks. If you a skunk (and they’re easily recognizable) your first reaction would be to probably cover your nose and mouth. The reason for this is that a skunk likes to emit a “foul odour”. I often emphasize on odour because after we remove the wild animal, the next challenge for us is to remove the bad smell. You can call us at 603-425-4250 for faster removal of skunks and its strong odour.

Squirrels can be enjoyable to watch during summer as they run around scampering for acorns and walnuts which fall on the ground. These creatures have been known as chief food hoarders of nature and have been known to keep ‘storages’ for their food. A squirrel typically stores their food by burying it underground, in tree holes and other crevices in the forest. However, due to deforestation, there are many instances of squirrels hiding their food items in various areas of a house.

Make sure to prioritize wildlife removals as soon as you see an indigenous creature in your property. The problem most residents in Bedford New Hampshire experience is losing control of the situation, in most cases; they call a Bedford NH wildlife control company ‘only’ after there were damages or injury. Prevention or early application in this case is necessary.