Welcome to Bensalem PA wildlife removal for all your animal trapping and wildlife management for your business establishments, household and commercial facility in Bensalem Pennsylvania. We’re a local wildlife removal company with experience in different dangerous animals like raccoon, bat, rodent, mice, raccoon, squirrel and other rabid wild species trapped in homes. Just let us know through our hotline for your inquiries and questions on wildlife control. 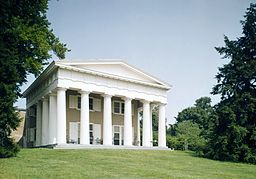 Bensalem Township is located in Bucks County in Pennsylvania near the northern eastern part of Philadelphia. The township is made up many other communities and neighborhood namely Oakford, Eddington, Trevose, Andalusia, Cornwells Heights and Bensalem. The place is the 9th largest in area size in the state and the largest in Bucks County. The township’s early settlement started in 1692, almost the same foundation of the state of Pennsylvania. The first name of the area was Salem (given by Joseph Growden) which is a Semitic word meaning ‘peace’. Around 1700’s, the prefix ‘Ben’ was eventually added. The nearest townships to the area include Middletown, Hulmeville, Lower Southampton and Bristol Township. It is also near townships in New Jersey like Edgewater Township, Delanco Township and Burlington County. Bensalem is made up mostly land with some bodies of water. Its area size is 1.0 square miles water, with more than 20.0 square miles of land. Notable activity in the place is the Philadelphia Gun Club where live birds are released and shot as a sport by the members of the club. Some of the open areas and nature parks that draw wildlife animals include Clusters of Berkeley Park Trace Drive, Barthmaier Park, Echo Beach Playground Hemlock Road, Bensalem Central Park, and Woodriver Park.

Squirrels display certain melanistic traits. The most common species of squirrels would often find another squirrel to breed once or sometimes twice in a year. The adult squirrels in Pennsylvania would give birth to a young baby squirrel between four to seven weeks, mostly depending on the type or species. The female squirrel is often the only caretaker of the new born creature where it is weaned seven to ten weeks.

There are many ways to trap raccoons in Pennsylvania, but the most common is a tomahawk trap. Usually, there’s some kind of bait to lure in the raccoon such as a pet food or canned food like sardines. The traps should be strategically placed in spots where the raccoon is seen near where it builds its den. You can consult a raccoon expert to ask about raccoon traps as well as other ways to catch and remove a raccoon. Do you need a raccoon removal in Bensalem PA? Let us know.

Some residents in Bensalem isolate an area in their house where they have discovered the bat. Often, they let the flying mammal leave. Bats often just stay for the day and if ever leave in the dark since they are nocturnal. Even if sometimes this works, there are instances bats in Pennsylvania stay for long. Worse, it starts to leave wastes, which become fungi and can cause respiratory illnesses to people if inhaled. Remove a bat immediately as much as possible.

The young skunks would often need three to four months before it begins to live by itself. The species of young striped skunks can fall prey however to several fierce animals in wildlife such as fox, hawks, bobcats and coyotes. There are also studies that suggest horned owl preys on striped skunks. Young skunks that fall into predation though have not yet learned to properly use and emit their string smell spray. If you need skunk removal, just dial our number on the page.