For your East St. Louis IL Wildlife Removal on bats, squirrel and beaver, you can call our operators for inspections and schedules. If you need removal services on skunk, mole, raccoon, rodents and other critters, you can also inquire from our staff. We have common inquiries such as: 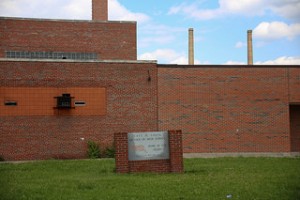 This city in St.Clair County is just near renowned Mississippi River. The city once had a booming population thanks to the industrial jobs in the area. However, from around 83,000 in the 1950’s, the de-industrialization in 2000 drove away residents further bringing the population down to 27,000 in 2011. East St.Louis has majority of land, around 13.99 square miles or 97% land. Bodies of water make up only 2.6% or 0.38 square miles water. Wildlife can be seen around the city as evident of squirrels, rodents and other critters seen in the urban prairies, corn fields, soy fields and urban farms.

Raccoons in St.Clair County like to wander when darkness begins. In Illinois, they are more nocturnal in nature and become more active at night. Some raccoons however may roam as well in day time so they can search for additional food. Also, raccoons in East St.Louis would sometimes seek new shelter for their den where they can rest on a rainy day. The problems with Illinois raccoons are their urine and waste. 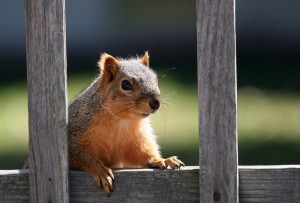 There are different types of squirrels in Illinois. Some of the most common that can be seen are the fox squirrels, grey squirrels and flying squirrels. Some people sometimes refer to fox squirrels as red squirrels, though these two are actually different, with slight similarities.

We have frequent visits in East St.Louis to remove bats. Have you noticed how bats seem to like staying very close together when they are in their roosts? Bats actually huddle together so they can stay warm. This can be seen most of the time especially in winter.

Skunks found in East St.Louis are striped skunk, though some spotted skunks can be seen once in a while. Both share traits such as short legs and average bodies. Their heads are shaped like a triangle that tapered in rounded nose. We have skunk specialists in St. Clair.

Illinois beavers can bring far reaching damages such as flooding. A beaver that quietly build their lodge using twigs, barks, wood, rock and mud might look harmless at first. However, once this dam is created, it can stop the natural water flow of a stream, thereby causing flooding in Madison county and near communities.

Critters can carry disease causing bacteria, so remove them immediately. Call our number below for assistance.