Solve wildlife problems with a local Evesham NJ wildlife removal company. There are many offered solutions that are given, but most of these are temporary and rarely provide long term answers to wildlife problems. Even so, putting off a wildlife animal related problem can lead to more costly troubles because of the damages the creature may bring and the dangers of bringing in illnesses. If there are animal intrusions, wildlife carcass or waste in your property, deal with it immediately. You can call our staff for assistance on any wildlife pestilence concern. 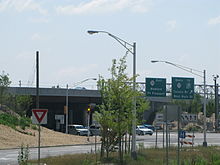 Evesham is within the county of Burlington in New Jersey, mostly known as ‘Marlton’ referring to a community in the area. The place was founded in 1688, initially known as “Eversham” in the west of the state, just before the present county was created. It was incorporated as township in 1798 with several areas taken from other nearby communities such as Mount Laurel, Washington and Medford. The location was once an early settlement of a group of Quakers. Sometime in the 1700’s, the name of the town was renamed with the letter “R” dropped, the name of the place similar to a community in England, named after Thomas Eves an English settler. The present township is made up of mostly land at 29.2 square miles of land, with 0.42 square miles of water. Several of the neighborhoods within the area include Donlontown, Evans Corner, Milford, Cropwell, Pine Grove, Elmwood Road, Crowfoot and Gibbs Mill. Notable wildlife animal habitat within and nearby Evesham is the Black Run Preserve Trail, a popular hiking, running, cycling and walking nature path for residents.

Dealing with a raccoon in Evesham is not as easy as they seem. Some people think wildlife animals need to be instantly killed after they call a wildlife company. This is not the case all the time. You can’t just kill a raccoon. There’s actually a needed permit when you handle wildlife creature and wildlife professionals mostly determine where the animal will be released or if there’s a need for the creature to be euthanized. A raccoon for example can be relocated to a wildlife preservation area in New Jersey or Pennsylvania if the creatures are still in healthy condition.

A lot of residents wonder how bats find their way inside a house. The flying mammal can actually enter in a lot of places like slightly opened windows, damaged roof, ripped ceilings or walls, garage gate or even chimneys. The microbats are notably the most common species because they are small and can work their way into crevices, gaps and holes. If you’re not sure where the entry points of bats in your building are, it would be time to ask bat specialists from a New Jersey wildlife company to inspect your home.

Just after the snow melts in early spring, squirrels in Evesham can be seen scampering for some food they buried underground. The reason for this is that these food items such as nuts, seeds and grains would start to sprout, where it then shoots new branches and leaves. The squirrels in New Jersey find these unfavorable since they prefer seeds and nuts as their main source of food, than eating plants, leaves or buds. The squirrels can’t actually digest cellulose, the reason they only prefer food items rich in protein, fats and carbs.

The wildlife animal opossums seen in New Jersey are usually solitary. Most of the time, you will just see a single opossum searching for its food. The creature is also nomadic and opportunistic, that is it will seek a place where there’s a good source of water and food. It also just uses vacant burrows by animals in the wild. If the opossum find its way in a house, most likely it will stay under structures or crawlspaces. The opossum are not into digging unlike a mole or any other burrowing animal.