(Please call Exeter NH Animal Control for all your domestic animal issues, including dogs and cats at 603-772-1212)

Nuisance wild animal intrusions are just one of the main worries of residents and business owners in Exeter. In my years of wildlife removal service in New Hampshire, exclusion and removal of indigenous species like bats, beavers, opossums, rats, moles, flying squirrels, raccoons and wild birds among many others have been the steady influx of requests from residents. I am excited to share that our Exeter NH wildlife removal service hotline is now available for all your wildlife removal problems and concerns in Exeter Rockingham. 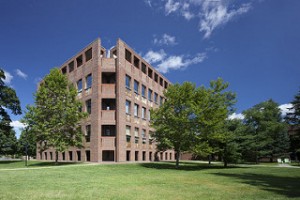 Exeter’s wildlife can be seen from its nature trails, mini forests and tree groves interspersing in several areas in the city. Several flying squirrels can be seen in Gilman Park and Recreation Park. Diversity and ecological interaction can also be seen along the coastal shorelines of Piscataqua River Watersheds and Squamscott River. However, upon opening of the parks to the public, this has brought in displacements of wildlife species which chose to move into households, facilities and business establishments.

Flying squirrels are native in the Northern United States and mostly living in dense forests, with a lot of trees and woods. They usually prefer areas with mixed conifers, dense conifers and deciduous trees. Aside from New Hampshire, they can also be found in large numbers in New England, Northern Carolina, Appalachian Mountains and other northern states.

Have you notice a beaver dam in Exeter NH? The dams build by beavers have a specific purpose aside from being their shelter. The beaver’s dam actually helps prevent their lodge from being frozen cold in winter time. The dam also help them proceed to several trees and plants in the forests like alder, red oak, ash, pine, spruce and horn beam.

Here’s an interesting trivia on raccoons. Some male raccoons can act aggressively towards other unrelated young raccoons, the reason mother raccoons keep the kits away and isolates them. The mother raccoons usually nourish their young until it is mature enough to search for their own food and big enough to defend themselves against other animals in the wild. The raccoon’s home range can vary in size and shape, but older raccoons generally have bigger range than younger raccoons.

Our other Exeter Wildlife Control Services

The bats play a very important role in ecological balance. With almost 70% of all bats as insectivores, they help lower the population of disease carrying insects like mosquitoes, flies and fleas. According to some studies, a group of 1,000 bats can consume as much as 4 tons of insects in a given period. Interesting to note, even if the bats act as natural insect killers, they’re not safe to have around in Exeter residential areas because they’re live carriers of zoonotic pathogens and viruses.

In Exeter, the most common problem residents tell us is on their damaged couch, cabinets and beds. Other also complained of closets full with seeds, nuts and acorns. Squirrels are just one of the persistent nuisance wildlife animals that won’t stop entering houses, establishments and apartments.

The mole can easily damage properties if you don’t control the situation as early as possible. In Exeter, some of the common problems moles have caused include damages on flower gardens, drainage systems, farms, golf courses, fairways and water courses. The tunnels that moles create are usually used by other animals like voles and weasels, which could lead to more damages in your property if left untreated. 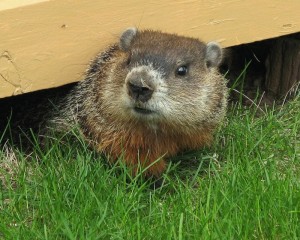 The groundhogs are one of the animals in the wild which goes to ‘real hibernation’. This is the reason why they create and put effort in the ‘winter burrow’ that they build in the summer and fall. This burrow is usually dug way below the frost line, and built with woods, branches, twigs and rocks. Groundhogs enter hibernation in their maximum weight, eventually losing some of the fat when they emerge from the burrows.

The muskrats are nocturnal and spend most of their waking time in the evening. In Exeter, they often search food in wetlands and most of the time looks for vegetations like water lilies and cattails. The muskrats do not store food, but would rather eat the interiors of their marsh push-ups, which are made of vegetation.

Ever wonder why opossum suddenly fall stiff as soon as you’re about to hit them? An opossum would often ‘play opossum’, their own way to play sick or dead if they sense danger. If they show this involuntary reaction, they will draw back their lips to show their teeth, with saliva foams coming out of their mouth. The possum would instinctively close their eyes and become stiff in their body. A bad odor would then be emitted from their anal glands, eventually signaling as if their already dead. If you need to remove an opossum you can call our number in Exeter for details.

Some species of birds has been domesticated by people; however there are still a number of birds that live mainly in the wild. Once in a while, there’s a disturbance such as illegal logging or urban development, which causes the birds to seek a new habitat in Exeter New Hampshire.

Don’t take for granted if you see a rat running around in your basement or garage. Rats breed fast and can quickly start an infestation in your household or business establishment. This has been the problem in Exeter, when residents fail to control rats at the onset of their breeding.

If a wildlife problem gets out of hand, it can be more damaging for a home owner or a business owner. In Exeter, we always recommend to deal with the wildlife trouble the soonest because it’s a matter of property damages, financial loss, health hazard and injury. You can seek the advice of one of our wildlife control specialists in Exeter New Hampshire for questions or consultations.