For nuisance animal control from Hamilton NJ wildlife removal professionals, just dial our New Jersey hotline. Our range of services includes wildlife prevention, sanitation, cleaning of wastes, bad odor removal, live nuisance animal trapping and many more. Don’t hesitate to contact our staff for any inquiries. We would be glad to extend assistance for all the wildlife problems in your business establishment or household. Our range extends to communities and neighborhoods in major townships in New Jersey and Philadelphia. 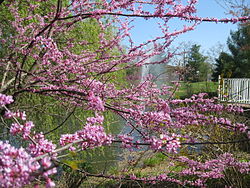 Hamilton is made up of 39.48 square miles land, with 2.2% water or 0.89 square miles water. Located in Mercer County, it is also part of New York metro area, and near New Jersey’s capital Trenton. The place officially became a township in 1842, as it derived its name from Hamilton Square in honor of Alexander Hamilton. Considered as one of the largest municipalities in New Jersey, with more than 40 square miles of total area, it doesn’t really have a ‘downtown’ as every township always been known in the area. Located in the city limits is 98 acre Van Nest Wildlife Refuge which is a wildlife management protective area of New Jersey Environment Division of Fish and Wildlife. The area has a large park system with more than 350 acres of recreational and open spaces. Some of the frequently visited places in Hamilton include Mercer Lake, Grounds of Sculpture and Sayen Park Botanical Garden.

An individual bat may enter small holes in vents, roof or windows. However, there are many incidents of bat colonies moving as a group occupying chimneys of houses. Bat colonies will usually go to a chimney at the break of dawn before sunrise. Bats are nocturnal and will seek shelter so they can roost for the day rest. At night, bats in New Jersey come out in the dark, to feed on insects. Some residents don’t bother if they see a single bat inside their house, though you should always be aware, since these flying mammals sometimes return with a colony on their tail.

The skunk in Hamilton is quite recognizable because of its black fur with white stripe/spots on its back. Numerous stories in comics, television and film have also made the skunk quite noticeable. For its scientific term, it is actually called “Spilogale putorius” by biologists and scientists. The species have two common variants, the striped and spotted. Other people may call the skunk ‘pole cat’ or sometimes ‘civet cat’. These are common around the states. The spotted skunk in New Jersey is described as slender and small, with its distinct pitch black fur, with three to five white spotted lines on its back.

Some people in parks, nature trails and backyards in Hamilton make the mistake on getting near a raccoon. There are those who feed the raccoon, while some are curious enough to take a photo of the wildlife animal, in close-up. As much as it’s cool to have a close up or even a selfie with a raccoon, this is not recommended. Remember raccoons in New Jersey are wildlife creatures that are untamed. They are not used to human interactions; even so, they’re instinctively rabid in nature. The raccoon may attack unprovoked or even if you’re trying to feed it or take a photo with it.

The squirrel species of Sciurinae can fairly be divided into smaller subgroups, which includes sub tribe and families namely Pteromyini or flying squirrels, Sciurini or American tree squirrels, Tamiasciurus or pine squirrels. Within the subgroups, there are around 72 to 80 subspecies. Most of the Sciurinae are squirrels that mainly live on trees. There are other notable species such as the Callosciurinae which can mostly be seen in tropical regions in Asia. These species somewhat have a colorful fur.