(Please call Hobart Animal Control for all your domestic animal issues, including dogs and cats at 219-942-0103)

Anytime Wildlife Removal provides wildlife control procedures on raccoon removal, raccoon trapping, squirrel proofing, squirrel removal and other wildlife trapping services in Hobart and other Lake County towns. Don’t stress yourself on ‘do-it-yourself’ methods that generally don’t work, which usually have high risk that you will be bitten. Also, there’s also possibility you might contact disease and rabies from the animal. If you need a professional, call one of our Hobart wildlife removal experts in our hotline for question, quotes and appointment. 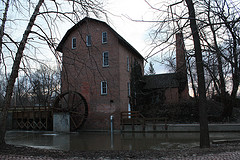 Hobart can be fairly distinguished for its significant residential and retail atmosphere. A notable nature attraction of the town is Lake George, a beautiful walking trail right at the city’s waterfront. Activities abound at the down town proper, from music gigs at the Lakefront Park. Not that far, people can be seen feeding a lot of ducks at Festival Park. Boating and fishing are also popular past time. The city always maintains the lush greens of its golf courses, open parks and sports fields.

However, Hobart also draws other guests, particularly native, untamed and unpleasant creatures from the Indiana wild. Different types of wildlife animals are often seen crossing city roads, some even roaming town main streets. Not surprising because of the rich and abundant trees, grass and nature around Hobart. An interesting note, if you ask several residents and business owners, they hardly have wildlife control as their priority and concern.

Learn something about wildlife; this lets you avoid panic when you see a rabid animal inside your home. 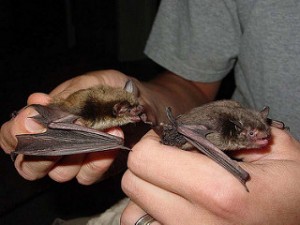 Some people ask if it’s possible to see how bats scoop the insects while they fly. Though this would take special equipment like advanced telescope and night goggles, you can be lucky if you observe some bats in an open park or nature tail. Insect-eating bats are common (70% of all bats eat insects) and you will not miss them in Hobart.

Bodies of bats may vary. In Indiana, microbats are the most common group to be seen. Some microbats can be as tiny and weigh as little as 2 grams; heavier microbats can weigh as much as 150 grams. It should be hard to imagine how many insects the microbats can take in a single swoop, but some studies say they can scoop as much as 500 insects in an hour, and can increase their weight by half through the whole evening.

This insect-eating habit makes the bats instant disease carriers. Important: Do not touch bats. Call instead wildlife professional to deal with it and remove them from your house. 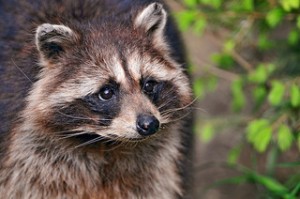 An indigenous animal from the wild and often found in Indiana’s abundant nature, raccoons can be commonly seen near major streams of bodies of water in Hobart. This animal usually inhabits the forest, but would prefer to live in wood areas and trees near a pond, river or lake.

They’re known to be adaptable, which is the case where they have been seen in Hobart establishments, houses and back alleys of buildings. This has since caused populations of raccoons to increase in residential communities, pointing to the disturbances in natural habitat such as hunting and deforestation as the culprit. In calls we receive in Hobart, raccoons are spotted finding food in garbage bins and dump sites. Urbanized raccoons have been known to gain more weight (40-60 lbs) as they eat their way from food left over of people, compare this to the raccoons staying in the wild which are lighter in mass (20-30 lbs).

Do not feed raccoons if you see them in the city. Obviously, the more they know where to get more food – the higher the possibility for them to inhabit a neighborhood. This can also attract more raccoons. 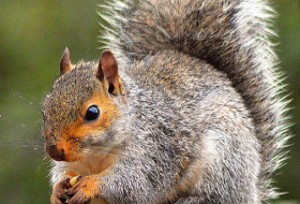 How important is it for Hobart residents to “squirrel proof” their property? For gardeners, squirrel intrusion can be a source of real headache. If you still don’t know, squirrels have a habit on hiding all their food, strangely though, at times, by digging and hiding food items underground a garden soil.

However, squirrels digging in gardens cause problems, since they also dig up the fresh flower bulbs that have just been planted. Flower bulbs are something, “difficult for squirrels to resist”, often swapping pecans, nuts or corn with the bulb. You might want to proof the entry points of your property against squirrels.

However, “squirrel proofing” is not as easy as it look. Most people make the mistake that this can be done by following some suggestion for a D-I-Y method. One of the common misconceptions we encounter: wildlife removal and proofing can be done by everyone. We counter this by saying, “wildlife control is a highly specialized and high risk field”. Every application and method is different, which the wildlife trapper adjusts to handle a specific situation. It’s always better to seek the help of a local wildlife removal company for wildlife control problems.