(Please call Hooksett NH Animal Control for all your domestic animal issues, including dogs and cats at 603-624-1560)

If you’ve been worrying about your children’s safety upon seeing a wild animal in your home, your best way (and fastest method) to remove the creature is to call a Hooksett NH wildlife removal company. Don’t be afraid to seek help and ask questions the soonest. Nuisance animal intrusion and wildlife animal wastes are some of things you need to find solution the fastest way possible to prevent property damages and disease transmissions. Contact a Hooksett wildlife control professional to quickly deal and handle the situation. 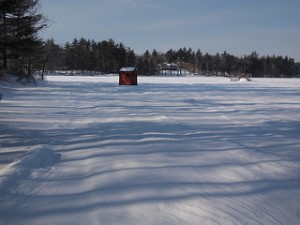 Hooksett’s wildlife is visible from the colorful interaction and diversity of species seen in its range of hills in Quimby Mountain and Hall Mountain. Other areas that attract wildlife animals include Town Ball Fields and Hooksett Dog Park as seen from the tree birds, flying squirrels and bats flying (to and from) their nests. The town’s continuous growth can be seen all over, but several disturbances of nuisance animal intrusions have been reported. Raccoons entering kitchens, rats in stock rooms and moles digging in backyards are just some of the calls we have received.

One of the frequent calls we receive in Hooksett are flying squirrels. Did you know flying squirrels possess similar traits with the general squirrels that you often see on the ground and trees? However, flying squirrels have this unique loose skin fold attached between their rear and front teeth. When they spread their legs, this stretches as a parachute to help them glide from one tree to the next.

The beaver has always been associated with dams made of branches, rocks and twigs. They often build their dams by following the sound of a water stream. There was one experiment where it tested this beaver trait, by ‘playing a tape recorded with sounds of running water.’ Interestingly, the beaver followed the sounds and started building a dam covering the tape recorded with mud, tree branches, sticks, leaves and stones. You can call 603-425-4250 on procedures how to remove them.

We’ve also receive a lot of calls in Hooksett to remove raccoons. Did you know raccoons has been given the distinction as a clever animal, as shown by several experiments by scientists? One instance showed the raccoon being able to unlock eleven complex locks in just less than ten attempts. The raccoons were still able to remember the solutions to unlock the locks even if the locks were re-arranged in different positions.

Our other Hooksett NH Control Services

How well do you know bats? The bat’s reproduction is fairly unique and distinct according to some studies. The implantation (upon mating) and fertilization can happen at once if the female bat senses the favorable conditions in their surroundings. The female bat can then delay the development and give birth born to a young bat one at a time (delaying the birth of another young for months).

Most of the squirrels you see in New Hampshire can trace its origins to the old basal protosquirrels. These do not have the autapomorphies of the present living squirrels as seen today. It is believed the diversity and distribution of the squirrel species as a whole started in North America.

Here are some interesting facts on moles. The mole is actually known as a solitary subterranean animal instinctively working on their own. Even if you see a lot of mole hills in your yard or garden, this is actually done by only a single mole which commands a certain area as their sole territory.

Did you know the preferred diets of groundhogs include agricultural crops, berries, wild grass and other vegetation? If they can’t find available plants they will shift their food hunting on insects, grasshoppers, snails and other small animals. In Hooksett, we’ve always call to remove groundhogs in farms and vegetable gardens.

Here are some facts on muskrats. The muskrats are primarily known as herbivores, preferring to eat plants in vegetation. They have been the cause on what type plants survive in prairie wetlands since they mostly select, remove and eat certain plants in an area. Their preferred plants include yellow water lilies and cattails. 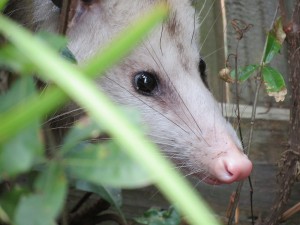 Have you seen an opossum in your home? Opossums are known to be nomad and solitary animals, preferring living only in an area where there are lots of food and water. However, after breeding, a group or family of opossum will stay in burrows. They’re even widely known to stay under structures of houses and establishments.

The skunk mainly uses their ears and nose in their daily life. They do have good sense of hearing and smell which they use to detect food and coming dangers. However skunks have very poor vision and can only see objects clearly as far as three meters. This handicap has been the main cause of skunks getting run over on the road.

Here’s a trivia on rats. Rats often fall prey to snakes, like pythons, and even reptiles. The rats are sometimes used by pet owners and zoo keepers to feed snakes and reptiles they have in their facility. However, this has been considered inhumane and unhealthy because of diseases the rat carries if it still alive. In some places like Britain, the rat needs to be dead or frozen, if it is to be fed to another mammal.

Ever wonder how birds survive in long flights during migration? When birds fly, they’re known to digest their food fast, since having undigested food can disrupt their flight. There are migratory birds that can use the protein from different parts of their body, such as from their intestines, to give them more energy during long flights.

Wildlife problems can appear all of a sudden in house property of business facility that sometimes brings panic to the residents. This is understandable. However, there’s no other immediate recourse that you can do but call a wildlife removal expert. It is not advised for you to handle an untamed creature or even ask someone with no experience and license in wildlife control. There’s always risks of injury and contact of diseases. It would be better if you ask a wildlife control professional. For this, you can call our number in Hooksett New Hampshire for questions and consultations on wildlife removal procedures.