Welcome to Kaufman TX wildlife removal for your entire wildlife nuisance like bats in the ceiling, skunks in the garden, and squirrels in the garage or a raccoon living in the attic. Other species we frequently remove in Kaufman County include beavers, birds, snakes, possums and rats. Most of the time, we also receive calls for an unidentified creature. There are more or less thousands of species of different animals and it’s hard to name all of them. If you don’t know the wildlife animal that entered inside your home, don’t hesitate to give us a call. 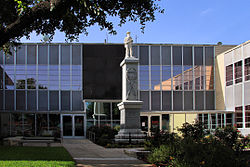 Kaufman County is comprised of 27 square miles of water, which is around 3.3% of the total area. Land area is at 781 square miles or 96.7%. The place was founded in 1848 named from U.S. diplomat and U.S. congressman David Spangler Kaufman. He was the very first Jewish to serve in Congress. The area is located in the northern eastern part of Texas, drained on the east of the Trinity River. Some of the frequently visited parks and nature trail in Kaufman County are Terrell Park Department, Ben Gill Park, Forney Community Park, the Ben Gill Walking Trail and the Kaufman City Park. Several wildlife animals and species from the forests and nature preserve in Texas has found Kaufman as a natural habitat and roaming ground.

Raccoons seen in Kaufman County have flexible and adaptable diet. This has been observed in some of the raccoons we’ve picked up in households and establishments recently. The animal is actually an omnivore, which is a creature that can eat plants as well animal meat. The raccoon may feed on fish, rodents, birds and eggs. If they can’t find an animal, they can also eat berries, vegetables, grapes, grass and corn. A raccoon can also eat insects if either animals or plants are not abundant in their territory in Texas.

Squirrels in Texas can also be carriers of bacteria and parasites. Even if there were not much reports of fatal diseases from the state, it is still better to be safe than sick because of a wild animal. The squirrels eat all sorts of things in the forests such as wild berries, nuts and wild fruits. It would not be good to have undomesticated creatures like the squirrels to be around your house in Kaufman, let alone near your children. You can always contact us for squirrel removal.

In Kaufman Texas, bats often just appear in household structures, warehouses, factories and farms. Colonies may form in ceilings, rooms, chimney, wall, posts and roof. If there’s an upper room like an attic in a house, this is also a common refuge for bats. The flying mammal often moves in their migration period and can be seen moving into another region after a certain season. There are also bats, which stay in certain territory all year round and does not migrate.

Skunks like to rummage in piles of garbage, trash or junk in Kaufman County. If you have heaps of wood or old stuff in your backyard, there’s a great chance skunk will go to this spot. This is noticeable just before winter as the skunks try to find a warm place to stay. The black and white furry animal will use this are as their den for the whole winter. In the winter season, skunks in Texas rarely go out of their den and just choose to sleep or rest in their den.

A problem garden owners in Kaufman often had is on how armadillos damage garden soil. The armadillo consume ground insects like worms, ants, bugs and mites. One of the habits of the armadillo is rolling over ant hills. The shelled wildlife animal will go over the hills until it dislodges the ants from their shelter and starts coming up to the ground. The armadillo would then frantically eat the ants. Armadillos in Texas can carry parasites because of the animals (or insects) they eat, so remove them to avoid any transmission of viruses. If there’s an armadillo in your property, call us for assistance.

One of the wildlife animals that is said to have a strong immunity to various venom of rattlesnakes is the possum. This creature can survive the bite of some of deadliest snakes in the wild, making them fierce survivors even against stronger predators. Even so possums are opportunistic species as they tend to stick around in an area where they have an abundant of food and water. This makes the possums one of the frequent invaders in households and restaurants. Let us know if you need a Kaufman possum removal specialist in your place.

Toxoplasma gondii and Leptospirosis are just some of the diseases which people can have from rodents like rats and mice. One of the worst outbreaks in human history is the Black Death, which said to have been caused by the transmission of the Yersinia pestis, an organism on rat fleas which infested on black rats in Europe. In America, it rats are always regarded as pestilence and as such, should always be removed and controlled in their presence in the community. If there are rats and mice in Kaufman County, find a rodent control specialist to avoid further infestation.

Call us today in Kaufman County Texas for your wildlife removal needs.