(Please call Lake Station Animal Control for all your domestic animal issues, including dogs and cats at 219- 962-1186) 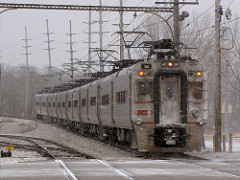 Lake Station hosts several important events in the famed Riverview Park, like the Heritage Day’s Festival and Fuzz Follies (auto show), showing most of the town’s scenic fir and green landscapes. These can be widely seen in Lake Station’s open parks and nature trails like the Deep River Outdoor Recreation Center and Columbus Park. The clean and green atmosphere in Lake Station regularly attracts locals and guests, making the former ‘East Gary’ – stand out from other cities in Indiana.

However, the town’s burgeoning grass and lawn, brings in not only the people’s interest, but also Lake Station’s indigenous and savage beasts. Raccoons casually roaming around Riverview, squirrels hopping, running in the fresh grass and some bats zoning for food and new nests are just some of the common sight of wildlife in Lake. There were times though, these animals get lost in the city proper and became nuisances.

Squirrel Removal and Squirrel Trapping in Lake Station IN 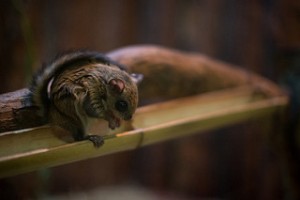 Just around Bicentennial Park, woodchucks and chipmunks can be seen in trees. Squirrels meanwhile go with their usual habit in collecting fallen fruits, corn and seeds. Some local children in Lake Station can be seen throwing crumbs and small bits of bread to some of the squirrels. There’s a problem though; if these wild creatures get accustomed to the feeding, they will frequent the parks in Lake Station. 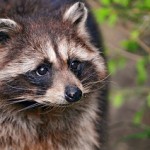 The omnivorous raccoon, commonly seen in mixed forests, may extend their habitat in urban areas and neighborhoods to escape environment changes caused by city development and progress. In Lake Station, reports of raccoons in Mock Park and Warrick Park, entering nearby residential areas often causes anxiety and irritation to home owners because of raccoon urine and feces.

The smell of the animal’s feces and urine usually does not suit well. Raccoons may also spread some viruses through these body excretions, which can put Lake Station adults and children at great health risk. If this will be mishandled, this can be more fatal and can lead to serious infection or debilitating sickness. Don’t allow raccoons from defecating in your household! Remove the raccoon immediately – in Lake Station, give us a call at our trunk line, the number can be seen below the page. 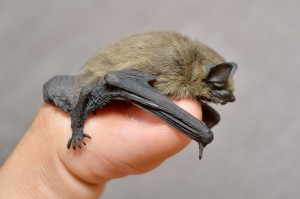 Certain bats also experience threats in caves and jungles. They’re known to be widely distributed all over (just like rodents), but they can be forced to fly in cities and downtown areas. They’re usual hiding place: open attics and upper floors of homes. In Lake Station, there were reports of micro-bats in gardens and backyards, an obvious sign they have been displaced in their aerie.

However, don’t fall in the wrong notion, micro-bats bring no harm. The belief of most people is that small bats just carry pollen or sometimes eat fruit. Remember: bats have full range of different species and majority of these mammals sucks blood from small animals, invertebrates and vertebrates. Pathogens and mutations in animals often result when it is mixed another, which can then lead to formations of new diseases. This is the reason bats should never be allowed to in homes. Bats are a ‘live test tube’ of viruses from the wild!