If you need Mascoutah IL wildlife removal services for your household or business, please call our staff for inspections, schedules and visits. Our Mascoutah animal control includes squirrel, bat and beaver. We also remove mole, opossum, raccoon and other rodent-like creatures. Here are some of the common critter problems we encounter: 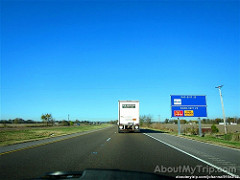 Mascoutah has a land area of 9.5 square miles, making up 98.5% of total area. The water is only at 1.5% or 0.15 square miles. Several open parks and nature area is located such as Maple Park, Scheve Park and Prairie Park, which at times invite wildlife creatures and animals.

Some raccoons can be aggressive. They can attack with no provocation even when you’re strolling on a park. In Mascoutah IL, we’ve removed raccoons, but so far none have been violent. However, this does not mean the raccoon that you see would not be rabid. Raccoons are untamed so be aware. Call us to remove raccoons.

Squirrel species in Illinois vary. Some of the most frequent squirrels we’ve encountered are the grey squirrel and the fox squirrel. Other types that I’ve seen are the flying squirrels and red squirrels. We have squirrel removal experts to help you in exclusion, trapping and prevention.

In Mascoutah, the wildlife we’ve encountered the most are the bats. Not a lot of people know, but bats are only mammals capable of what they call ‘true flight’. In Illinois, the microbats are species that can be seen almost on all counties in Illinois.

In Mascoutah, you can frequently see species of striped skunks. Their size is almost like that of the domesticated cat, though a bit more furry and with shorter legs. Skunks seen in Illinois are black, with white, although some have shade of gray and darker gray. 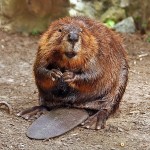 Water can rise in a stream or creek. This is common if a dam (created by the animal beaver) stands in the middle of the water stream. In Madison County, the beaver is fond of building their dome, which is their refuge, on top of running water. However, running water is blocked which caused flooding. We can help in beaver removal.

Get help from certified wildlife control operator. Call us.