(Please call Portsmouth NH Animal Control for all your domestic animal issues, including dogs and cats at 603-610-7441)

Welcome to Portsmouth NH wildlife removal. We provide removal and control services for wildlife species that include groundhog, bats, moles, squirrels, skunks, rats, flying squirrels, opossums, muskrats and other untamed animals that roam Rockingham in New Hampshire. Don’t ignore nuisance animal intrusions in your home or business. These animals are real threats to properties and can transmit killer diseases and pathogens. Make sure to get everything under control as soon as possible. 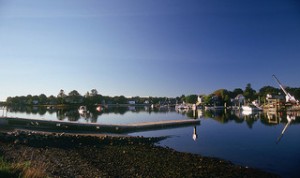 From Piscataqua River and Sagamore Creek, Portsmouth’s natural landscape provides habitat and refuge for New Hampshire indigenous creatures. One of the popular destinations for birds, squirrels and beavers is Prescott Park. Stretching from Mechanic Street to Lower State Street, from Piscataqua River, the park is a fully developed garden with as much as 10 acres of scenic landscape, parks and walkways.

Fresh flowers, grass and trees, rose garden and flower wall lined the walking trail which has all been a favorite attraction for the viewing public. Wildlife though is also visibly active, and it can be seen in the early hours of the morning, with birds and squirrels all around. Nocturnal creatures like owls and bats also fly at night time.

A regular question we receive in Portsmouth is about a beaver’s dam. The beaver’s dam provides them a safe shelter against predators and during winter season. However, the dam provides them the best access to various food sources. Beavers particularly look into buds, leaves and barks of young trees. Some of the trees they like are poplar, aspen, maple, alder and pines. They also prefer aquatic plants and vegetation like water lilies.

The raccoons can be divided into several social structures in what Ulf Hohmann called ‘3 class society’. In one part, female raccoons can share a common territory for rest and feeding. On the other hand, male raccoons that are part of a group in a common area that guards their position against invaders. Some raccoons live isolated and nomadic in behavior. You can call one of our raccoon removal experts for procedures on removal and prevention.

Our other Portsmouth Wildlife Control Services

Here’s some interesting information on bats. Bats spend their hours during daylight in their roost, sleeping, since they’re nocturnal in nature. In the evening, the bats wake up to start hunting for food. An old myth about bats is that they’re blind, but they’re not. Bats use echolocation as they carefully navigate in the dark, quite similar on how submarines move, though bats move faster and with near perfect precision.

They’re known to be wily and persistent; squirrels can circumvent equipments, appliances and furniture to find a new storage or to get their food. Some of the common complaints we receive from residents from Portsmouth is on how squirrels persistent stealing of bird feeders and swapping of flower bulbs in gardens.

There are other types of subterranean and burrowing creatures like mole rats, mole crabs, tuco-tucos or fairy armadillos that some people mistake as moles. However, these creatures are not related and do not fall to the category of ‘true mole’. If you have an unidentified animal that burrow underground your lawn or garden, you can call one of our phone representatives in Portsmouth to discuss the best methods to remove the mole.

Groundhogs like to dig burrows where they use it for refuge, eating and nursing their young. A groundhog can move as much as 2,000 kilograms of soil, which can primarily damage a lawn, garden or farm. The groundhogs are solitary, but several groundhogs can converge in the same burrow in seasonal changes.

In breeding season, muskrats form family group dynamics with the female, male and their young muskrat. The muskrats would normally build their habitat primarily to protect their young from cold, from rain and from predators in the wild. Muskrats are territorial and would fight other species if it sees near its nest.

If you have seen an opossum and threatened to hit them, you may have noticed how it suddenly falls down, as if it’s dead or sick. This is actually, the opossum’s way to ‘play possum’. This is an involuntary physiological reaction by the opossum whenever they sense incoming danger to avoid being harmed. Call us in Portsmouth NH if you need an opossum removed once and for all. 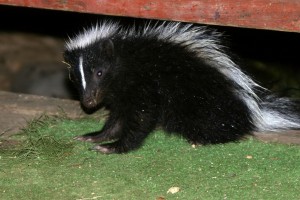 Rats are mentioned by the Center for Disease Control for being primary carriers of more than ten fatal diseases. This has been the reason why you need to control rats at the onset of infestation. Even so, if you have no rats in your place, you should always strive to apply the best rat control method, procedures and prevention.

The role of birds in ecology can be wide, with some species serving general purposes, while others have their specific role in an environment or habitat. However, as important as their role in nature, they are also considered as vectors of zoonotic pathogens and bacteria. Two of the common diseases that came from birds are the bird flu and the avian tuberculosis.

Wildlife animals are one of the most challenging problems a business owner might face. It can come in different species and in any time of the day. A mistake owners usually make is to take wildlife animals for granted and will only call after there are irreparable damages in appliances and furniture. Don’t wait for something like a disease transmission before you extract the wildlife animal. You can call one of our wildlife control specialists in Portsmouth any time from our number below.