(Please call Schererville Animal Control for all your domestic animal issues, including dogs and cats at 219-865-6992)

For wildlife removal problems and nuisance rabid animal concerns in Schererville, call us. We provide Schererville IN Wildlife Animal removal services like bat removal, squirrel trapping, skunk removal, raccoon removal and other wild animal trapping/removal procedures. For Schererville IN residents and business owners, please contact one of our staff for schedules and appointment.

Schererville is often called as the ‘Crossroad of the Nation’, understandably because of the intersecting nature trails paved by the Native American Indians which later led to open routes of the wagons from west settlers and locals from nearby towns. In US Highway 31 and Highway 40, the trails can still be seen, but now made for auto and car owners of Schererville.

The town can also be simply called ‘Crossroads’ and has been at the forefront as one of best towns to live in the America. Affordable housing made it popular for a lot of people. In our visits in Schererville, we’ve met a couple of great people, such a pleasure to be one of the nicest places to provide wild animal removal services.

Bat Removal in Schererville IN 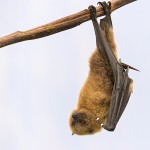 In Schererville, some residents brushed aside the bats that they see in their property. This has been the case if bats do nothing and just stay in the ceiling or room for days. However, this can be an annoyance in the long run, when bats start to reproduce. When bats establish their roosts in a residence, it becomes more of a nuisance and health risk.

Since female bats control their pregnancy (such as delayed fertilization), they sometimes fly in and out of nests to fetch food for themselves and their young. Bats carry different pathogens and might drop their saliva, feces or blood somewhere in your home. Something you would never want to happen since bats are “illness-carriers”.

Set an appointment from a wildlife animal removal company to remove the bats immediately. We provide Schererville bat removal services; just give us a call for details of removal and proofing procedures.

Squirrel Removal in Schererville IN

Though these creatures often stay in trees, logs and shrubs don’t be surprised if you see them in the storage or kitchen. In Schererville, there were even cases of squirrels at the trunk of the car (after the auto mobile was shut down during winter). Squirrel removal will be difficult to catch since they sprint and hop and jump quickly. You need to ‘proof’ your place to prevent squirrels from coming in. We provide squirrel trapping and removal service in Schererville, dial our number for questions, pricing and scheduling.

Raccoon Removal in Schererville IN 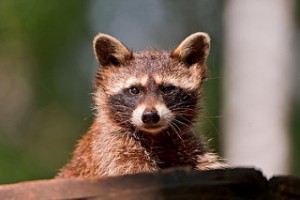 Even if raccoons can seem to be clever in some instances, they’re not recommended to be made as pets. These creatures are undomesticated and can sometimes act aggressive and stubborn. Studies show raccoons to be an intelligent animal, as they can solve tasks and trails, but they don’t have a ‘trainable’ behavior. We highly doubt they will even follow orders or can do tricks.

Raccoons are unpredictable and can often become violent. We always advice the public: Never make contact with raccoons. There are actually reports of rabies coming from raccoon saliva and this is something you should consider (and guard against). If you see a raccoon somewhere in your place, phone our staff in Schererville, for raccoon removal and trapping services.