Get in touch with a professional Tuscaloosa County AL Wildlife Removal company by calling our number. We provide expert assistance on animal removal, wildlife control and critter prevention to establishments, households and businesses in Tuscaloosa County. 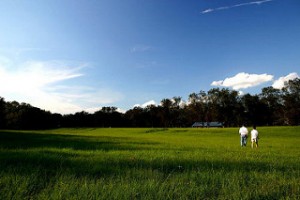 Tuscaloosa County Alabama has a rich history, dating back to 18th century known as the antebellum years. Through the 20th century, the towns and cities within the county had significant development, as diverse population spreads out. In its geography, it is mostly made up of land with 1,322 square miles of land or 98%. Water can only be seen 30 square miles or 2% water. Tuscaloosa is the second largest county in the state and is more popularly known as West Alabama. It has the boundary of Appalachian Highlands, with Lake Tuscaloosa and Gulf Coastal Plain. The county has outskirts of agricultural land of corn, wheat, hay, cotton and soybeans. The nature seen all around can be attributed to the wildlife animals drawn to the area.

The fox squirrels in Tuscaloosa County can be identified with their yellow and rust colored fur, with shades of black and red cast. The fur found in their belly, chest, ears and tail edge usually have lighter fur color. These Alabama species can sometimes be found running in sports fields and green fairways.

In summer, female brown microbats would start finding and building colonies in tree hollows as they prepare to give birth. The male Alabama microbats would be living separately in rock formations and ridges. The bats don’t exclusively occupy in nature, and can also roost in buildings and warehouses in Tuscaloosa County. You would need a bat specialist in Tuscaloosa to properly remove bats.

Raccoons can be found in most areas in Tuscaloosa County and can average 12 – 60 raccoons per square mile. They can fairly breed on a regular basis and produce a good number of young. The raccoons have a flexible diet so they can survive on almost anything edible in nature or even in cities. This makes the raccoons have a stable population in the Alabama.

Armadillos are non-hairy mammals (or at least have sparse fur) commonly seen in Tuscaloosa County. Several hairs can only be seen in their chest and some at the side. Their back and shoulder is fully covered with bands. These horned shells overlaps another, usually nine bands (hence the name of the species). Call us if you want to remove armadillos in Tuscaloosa County.

Known in the scientific community as Castor canadensis, the Alabama beaver can be commonly seen in different counties. They are evenly distributed and can be seen all over the U.S. The beaver is close to the native North American which subsists on tree barks of trees like willow and birch. They gnaw into the trees and bring them to their lodge. In Tuscaloosa County, we can assist you to remove beavers.

Creatures from the wild belong to wildlife, not in residential places. Call us in Tuscaloosa for assistance in removal.