Being experts in digging, Armadillos are nocturnal mammals with sharp claws. In order to search for food or make dens, they have to dig the soil – whether it’s a beautiful landscaped garden or not. With these traits, most lawn owners find them a nuisance as they even dig on the foundation of the house. 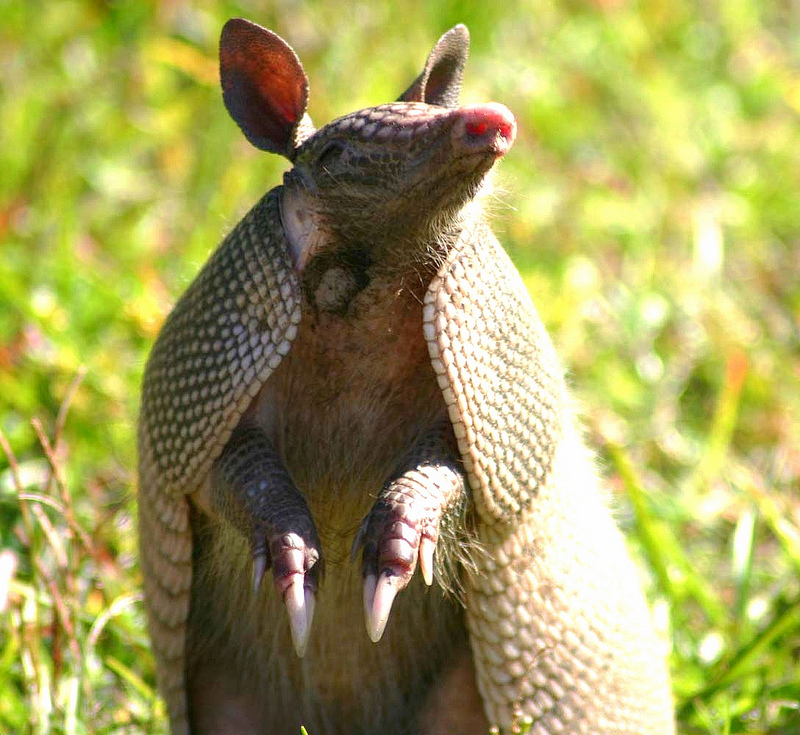 The nine-banded armadillo is common in the U.S. although there are around 20 species of armadillos across the globe. They are capable of digging burrows around 80 inches in depth that might cause cracks if done underneath a house. These holes also serve as an invitation to other animals to enter, causing more ruckus and damage to the foundation of the house.

Aside from the damages they can cause to the house, armadillos can also damage plants and trees as their roots will be affected by the holes. However, most land owners fail to drive them away from their surroundings.

The size of a nine-banded armadillo can be compared to the size of a large house cat. Its body is around 15 to 17 inches long which range from gray to brownish-gray. Its tail, head, and body are covered with scales called scutes which tend to be larger on the shoulders and rumps. The tail is about 14 to 16 inches long too. There are around nine narrow armor bands that allow it to bend on its midsection. Some distinguishing features include large and pointed ears, peg-like teeth, and pointed small head with a snout. Since it’s primary past time is digging, it has thick, large, and sharp claws on its front feet. Although armadillos have scales, they also have a little bit of fur on their bodies. The nine-banded armadillo is sensitive to temperature hence it is usually active when the sun is up during winter. Armadillos can die if the temperature drastically drops down.

Most people think that armadillos will curl themselves into a ball when startled. This perception is actually wrong. When frightened, armadillos tend to jump straight up, really high before running off. In some cases, when they are on the road, this behavior will cause them to get hit by a car as they jump when the vehicle gets closer. Another unusual characteristic of armadillos includes being able to hold its breath for up to 6 minutes. This enables them to cross shallow streams or creeks by simply walking at the bottom underwater across to the other side. Furthermore, it can inflate its intestines while swimming in the water. 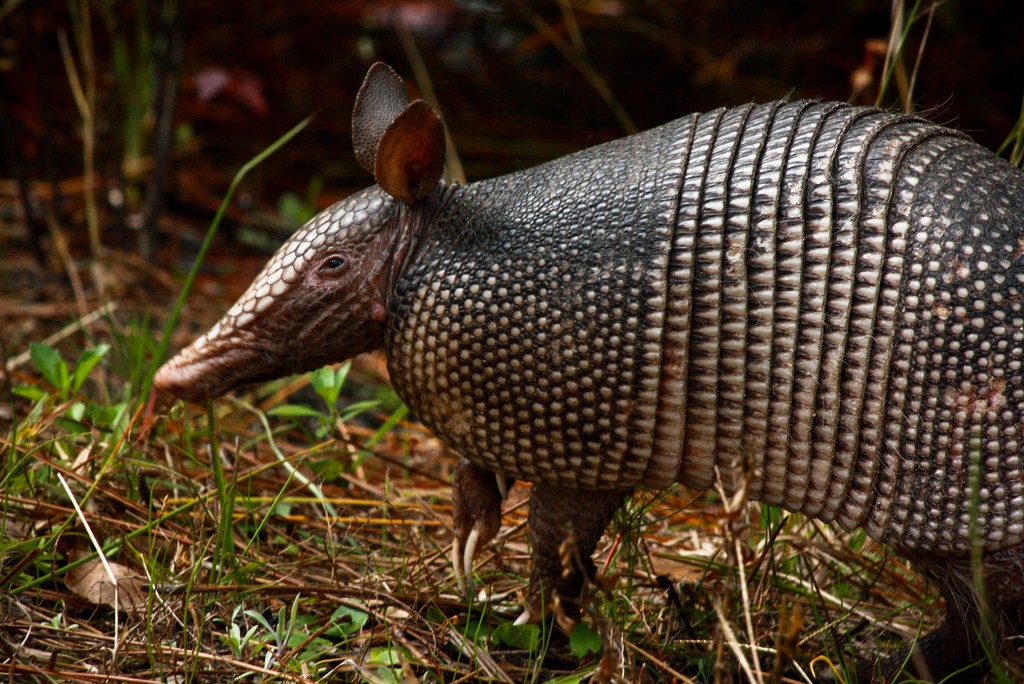 Out of 20 varieties, the nine-banded armadillos are the only ones found in the United States.

• Since armadillos are solitary animals, they are territorial and sharing their burrows with the others is a no-no. They usually mark their territories by urinating, defecating, or secreting scent produced by some glands found on their nose, feet, and eyelids.
• Since they have a low body temperature, they cannot survive in extremely hot or cold climate. A warm atmosphere is best for them.
• Although some species like to live near sandy areas, some of them also love to live near ant colonies. Since they love digging, they prefer moist places such as rivers, streams, creeks, ponds, tropical forest, and reservoirs.
• Armadillos desire to dig 10 to 15 burrows (with at least 4 to 5 entrances).

Also known as Hansen’s disease (after the physician who first discovered it), Leprosy attacks the nerves and the skin. Such bacteria grows naturally on armadillos and people. Some experiments show that it’s able to grow on the footpads of genetically modified mice.
It is estimated that around 20% of armadillos carry leprosy. In some parts of South and Southwest United States, as well as the Central America, armadillos are typically seen under porches, on the backyard, or at the side of the road.

If for some reason you get in contact with armadillos and you wanted to make sure that you didn’t catch the disease, then contact your doctor immediately. Describe thoroughly how you were able to get in contact with an armadillo so the doctor can make his/her diagnosis correctly. If however it is confirmed that you got Leprosy, your doctor will help you get the right treatment.
It is best to just avoid contact with armadillos in order to avoid all the hassles associated upon contact. If your lawn is infested, it is the most logical decision to call certified and licensed experts to exclude them.

How to Prevent Armadillos from Entering Your Premises

Trapping armadillos is not something a mere individual can do without training or proper handling knowledge. It is best to leave these kinds of jobs to the professionals who are licensed and certified. Some people try to catch them by hand instead of a trap. This method is dangerous as armadillos retaliate with their sharp claws.

Find a wildlife control company near you for armadillo removal and armadillo exclusion in your home.