What is a raccoon?

Raccoons can also be referred as the northern raccoon or North American raccoon. Indigenous in the United States, it is a medium-sized mammal measuring 16 – 30 inches (35 – 70cm) and weigh around 6 – 22 lb (3.6 – 9kg). They are part of the procyonid group, with distinct characteristics like dense under fur and greyish coat, which protects them cold temperatures. Their identifying mark is their black facial mask, (which appeared in several Native Americans tribes) and their deft (human-like) front paws.

Highly regarded for their intelligence, raccoons can remember trail paths, circumstances or even solutions of past tasks for as long as 3 years. They are mostly nocturnal and omnivorous, eating vertebrates, plants and invertebrates. 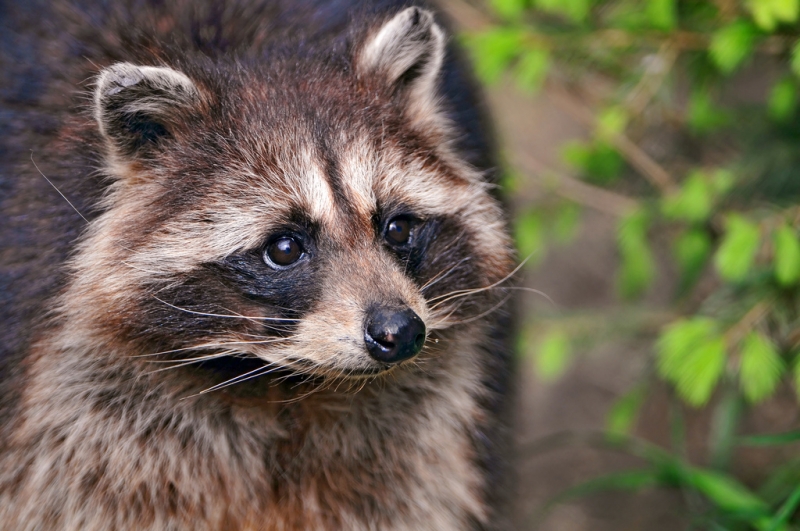 The Raccoon’s distinct features include grey, pale, white, brown and black fur. Highly noticeable is the highlighted black mask around their eyes and the white fur surrounding their face. Their black, bushy paws look similar to human hands, with five flexible toes that allow them to hold, grab and pull. Known to be an excellent climber, they can even go down a tree backwards, with their head first.

They mostly live in woodlands and forests, almost always near a body of water. Often they build their den in trees, caves, woodchuck burrows, barn or sewer. Highly adaptable if needed to, raccoons can intrude villages, cities and neighborhoods, often starting a habitat in a household.

Previously known to be solitary animals, some studies show raccoons display gender-driven social behaviors. In a specific area, during mating season, female raccoons may share one common area, while some male raccoons join other male raccoons to maintain and guard the habitat (and their potential mates). The home range can vary from 2-3 hectares.

Their gestation period can take up to 2 months in spring season, with 2 to 5 young born (called “kits”). Mother raccoons raise their young until around fall season. A wild raccoon’s life expectancy lasts from 2 to 3 years, though captive raccoons may live around 15 to 20 years. The short expectancy can be attributed to their wildlife nature against other animals, being shot by hunters or in some cases vehicular injury. Raccoons fall prey to some predators like coyotes, cougars and bobcats.

Raccoons can make different types of noises like whistles, growls, screams, snarls and hisses. They like to walk when hunting for food, but can also run (up to speeds of) around 15 miles per hour. They also like to spend their time in the shoreline and can even swim if they found food in the water. During the winter season, raccoons can sleep in their den for 2 to 3 weeks. 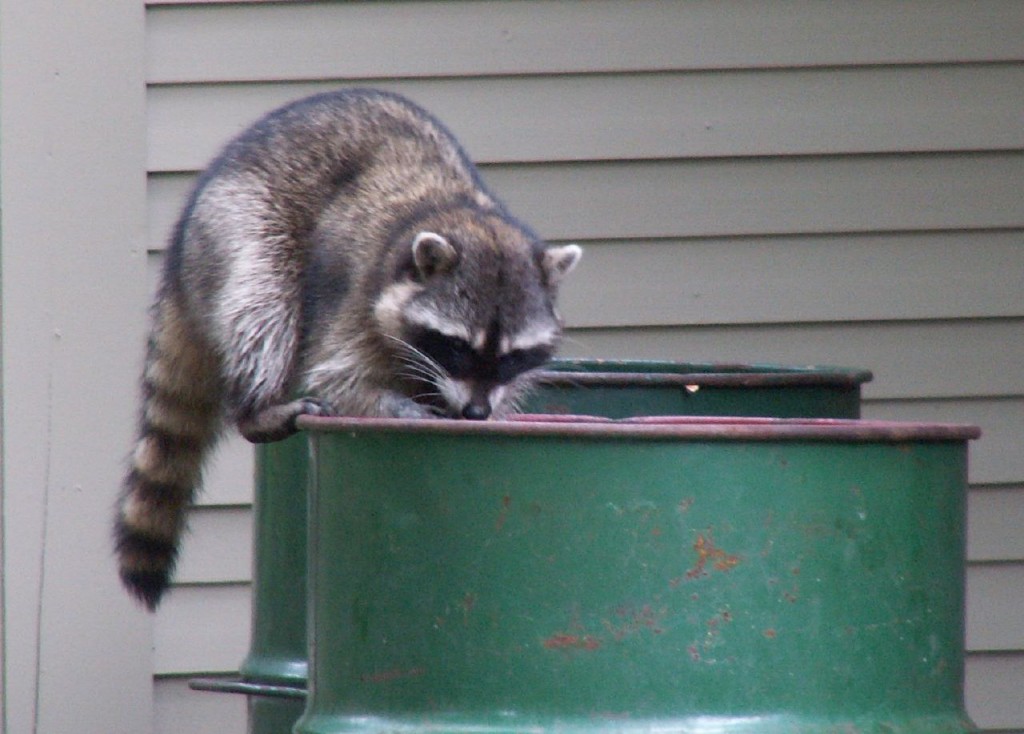 What are the health risks that raccoons can bring?

Raccoons can sometimes find their way in neighborhoods and households and can often be spotted in parks, walking trails and lawns. They pose health risk to humans through various diseases that they carry since they spend most of their time in the wild. If humans get into contact with a raccoon, it can cause serious injuries from bites and scratches. Various diseases that come from raccoons include:

Raccoon roundworm – They carry roundworms called baylisascaris. The infected raccoons often pass the eggs of these worms through their feces, which domestic animals like cats and dogs can transfer to humans. People can also be infected if they accidentally swallow these eggs if they go for a swim in a body of water. Some raccoons “douse or wash” their food in bodies of water like rivers and lakes to remove unwanted parts of their food. Once inside the body, the swallowed eggs can hatch into larvae and can cause illnesses in a few days. Elder persons and children are at high risk. Symptoms can include muscle control loss, lack of coordination, blindness, tiredness and even coma. Early medication is the key to treat the disease.

Rabies – The bite of raccoons can be fatal because of rabies. Even the infected saliva of the animal that enters a person’s open wound is enough to transfer rabies. In the U.S., in the south and eastern parts of the country, raccoon rabies is one of the most frequently reported cases of animal rabies infection. Domestic animals like cats and dogs can also be exposed to rabies from raccoons.

Leptospirosis – This can cause influenza-like symptoms such as high fever, muscle aches, headaches and can even lead to serious illnesses like kidney and liver failure. Leptospirosis can be passed to humans and domestic animals through the infected urine of the raccoon.

There are several factors why raccoons appear in neighborhoods and households. Here are some things to remember to prevent raccoons from entering your homes or business property.

• Avoid feeding raccoons you see in parks and nature trails.
• When you feed you house pet like cats and dogs, feed them indoors.
• Make sure to properly store or dispose food leftovers.
• Keep your pets inside your house during the evening.
• Keep trash cans locked and secured.
• Clean and wash barbecue grills after use.
• If there’s suspected raccoon habitat near your home, avoid contact with raccoon feces and urine.
• Apply raccoon control measures by “proofing” your home to prevent the entry of the animal in your attic window, pet doors, garage and other openings.

Discourage the entry of raccoons in your house! There’s no better way to prevent them from building a habitat in your property than by applying effective and long-lasting raccoon control solutions. Contact a raccoon removal expert from a wildlife removal company if you have persisting raccoon problems in your home.