Often appearing in Native American traditions and tales, the coyotes are clever and savvy beasts that adapt to the changing American landscape. Living primarily on open deserts and prairies, these members of the dog family now roam the mountains and forests. They also wander in cities like Los Angeles as their population increases.

When it comes to meals, their stomachs are quite versatile being able to eat almost anything. They enjoy hunting rabbits, fish, rodents, frogs, and deer. They can even eat insects, fruits, grass, snakes, and carrion. Many farmers and ranchers call them destructive pests as they also kill various livestock, calves, and lambs. 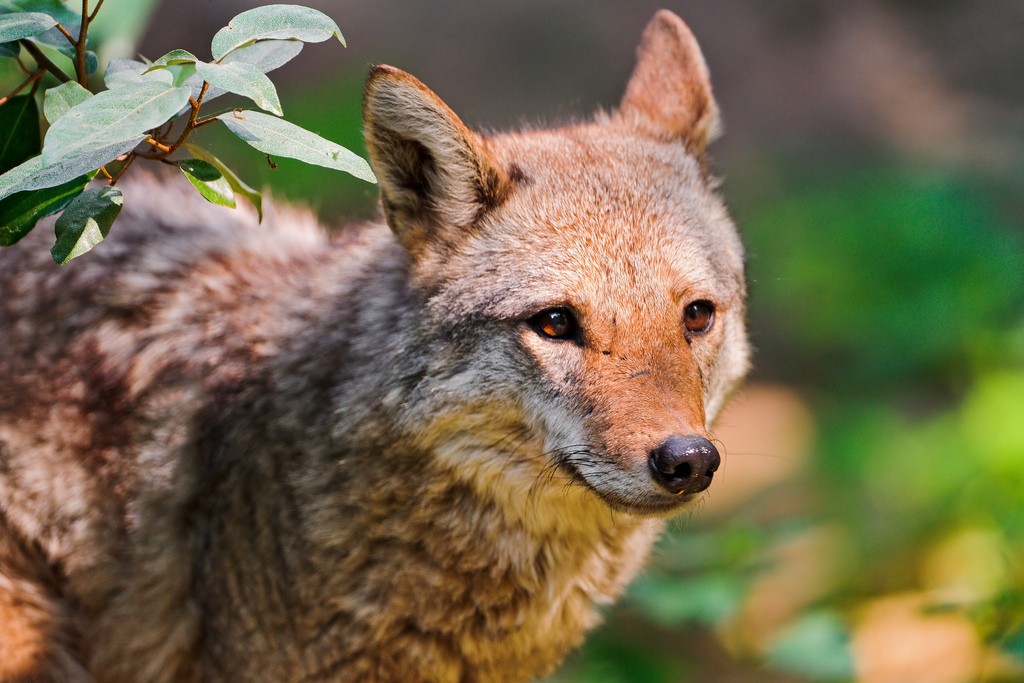 Coyotes have a strong sense of smell and a keen vision making them formidable in the field. They can run up to 64 kilometers per hour which is equivalent to 40 miles an hour. These intelligent dogs form packs during fall and winter for more effective hunting.

Female coyotes are shorter in body length and height compared to male coyotes which typically have an average of 1 to 1.35 meters of body length and 400 millimeters of tail length. So far, the largest coyote ever recorded was found dead near Afton, Wyoming in 1937 which measured 1.6 meters in length from nose to tail and weighed 33.91 kilograms (around 74.75 pounds). An amazing feature of coyotes is that their scent glands are located at the base of their tails which are typically bluish black in color. 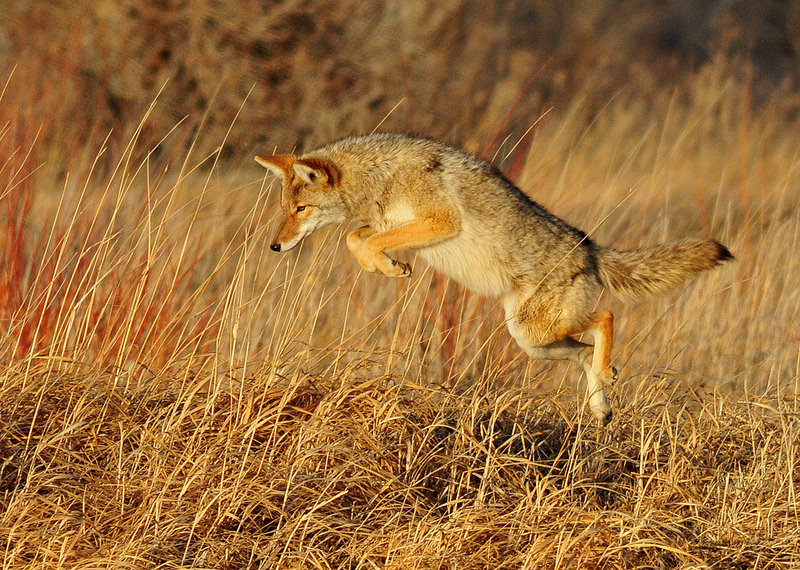 Compared to a gray wolf, a coyote is typically smaller, has larger ears and braincase, and has a thinner frame, muzzle, and face. Compared to the wolves, coyotes point their tails downwards when walking or running. Its fur color combination is also less varied compared to the wolves. Although they have the same scent glands color, the coyote’s glands are smaller.

Coyotes dwell in grasslands commonly inhabited by antelope, bison, elk, deer, and prairie dogs. They also like to live in semiarid areas with jackrabbits and sagebrush or deserts with kangaroo, rats, and rattlesnakes.

Coyotes love to make their dens in logs, rocky crevices, caves, or dens of the other animals. Yes, you read it right. They prefer salvaging abandoned dens of a fox or badger and enlarging it according to their needs.
Since coyotes are very vocal, they have various vocalizations that include growls, barks, whines, howls, and yips. A long howl is typically used in order to signal other members of the pack on its current location. Short barks on the other hand are used to warn them from danger. They yip if they welcome a new coyote in the pack. When establishing dominance, the coyotes growl while they whine and whimper when females and males establish bonds. High pitched barks are used to summon puppies. 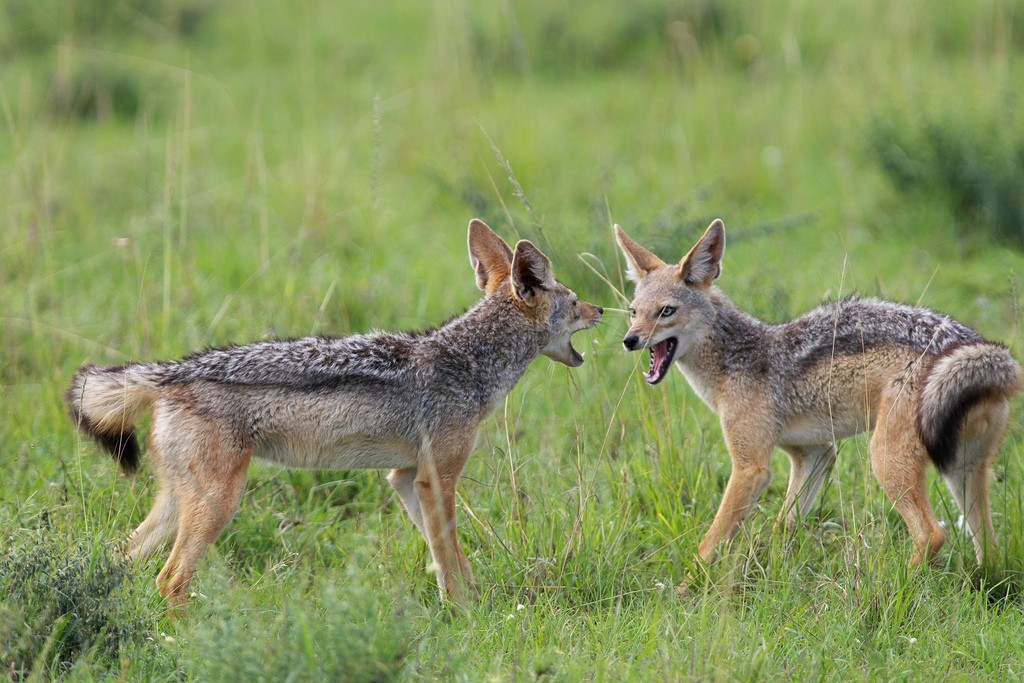 What are the diseases caused by coyote?

Other domestic animals and even humans, have this disease called heartworm. Coyotes serve as the host of this parasite. To be specific, canine heartworm is a filarial nematode that only lives for six months. Large adult worms live in the cardiopulmonary vasculature of the infected canine host.
The severity depends on the length of infection and the number of worms present in a host. The parasites are easily transmitted from an infected canine to the others through a mosquito vector.

Among wildlife species, there are various types of mange with different range of severity. As a debilitating disease found in foxes and coyotes; the scarcoptic mange is identified through a dermatological examination. The mode of transmission is a mite that burrows into their skin.
Among the symptoms include losing their hair, succumbing to exposure, and becoming susceptible to other infections. These pathogens can easily spread to pets but rarely to humans.

Although coyotes are seldom infected with rabies from the other species, coyote-strain rabies have been limited to Southern Texas only. No cases of rabid coyotes are recorded in the Chicago area. As a precaution though, if you are bitten by an aggressive coyote, you need to be tested for rabies. Contact an animal care or human health professionals in case a pet or a person is bitten. 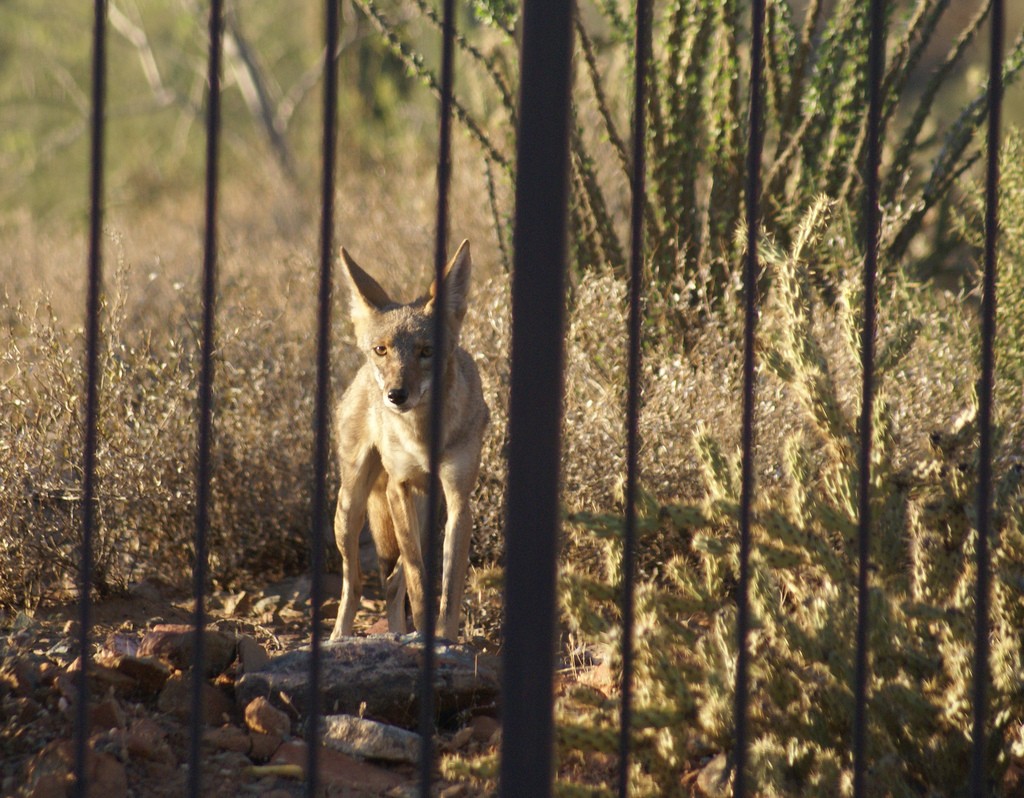 Coyotes can easily go through, over, or under various types of fences. Although they prefer to dig under the fences, they can actually jump over or climb up at corners or braces for a foothold.

In order to build a good fence against coyotes, the height of the fence should be at least 5 and a half feet if the terrain is plain. You can bury a galvanized wire-mesh under the fence to discourage digging. Extend it outward for at least 15 inches more.

You can also discourage coyotes from jumping over your fence by adding a wire-mesh of at least 18 inches which is slanted outward. In general, coyote-proof fences are expensive to build hence they are only used to protect very important commodities.

If you have coyote problems, do not attempt to catch them by yourselves as it is very dangerous. They could either scratch you or bite you. It is best to contact a good wildlife removal company in your area if this occurs. They are trained, certified, and licensed in coyote removal and handling coyotes according to the wildlife protection laws. Be wise and make the right decision!