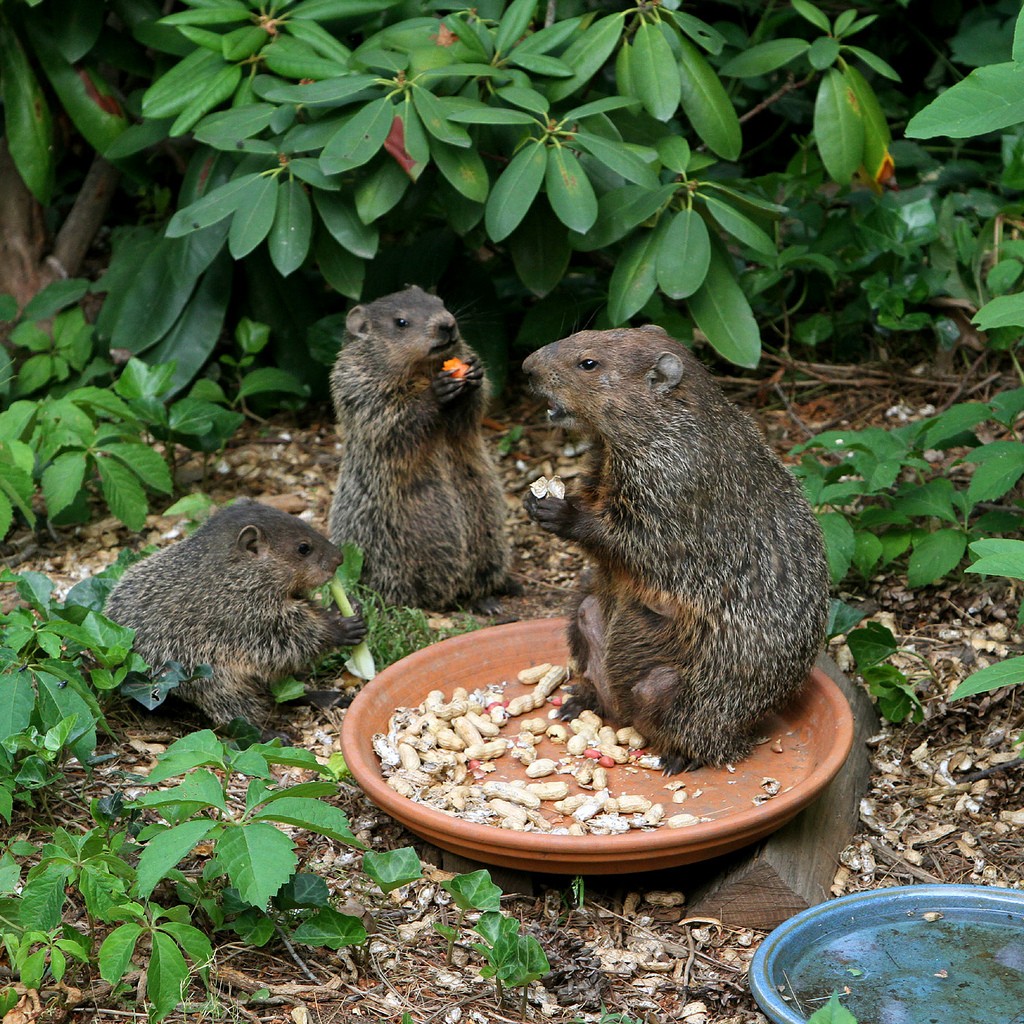 What is a Groundhog?

The groundhog, or the woodchuck as it is popularly known, belongs to the Marmots and is one of the 14 species in this family. The rodents feed tirelessly all summer in order to build lots of fat reserves and when winter kicks in, they often go back to their underground burrows where they stay until the spring season. During this period they only survive through body fat. As they hibernate, the groundhogs control their metabolism reducing the heart rate significantly. However, they often keep relatively warmer temperatures inside their bodies than that of the surroundings.

The hibernation of groundhogs is credited to the rise of American Groundhog day, a tradition held every year in February. The tradition often states that if a groundhog is able to see its own shadow during that same day then winter will be six weeks longer.

During spring, the females give birth to over a dozen newborns which are often on their mother’s side for a number of months. The groundhogs are the biggest species in the squirrel family and even though quite often they are spotted on land, they are still good swimmers and can also climb trees quite easily. These rodents are fond of areas where extensive woodland meets an open space including roads, streams and fields. In such areas they will eat grass, tree backs and some fruits as well.  Due to their feeding habits, groundhogs can really be a huge problem for any gardener especially during summer and fall seasons where they feed viciously on anything they find.

The Physical Attributes of Groundhogs

A mature groundhog often measures 40 to 65 cm long. They also have a 15 cm long tail and their weight will often range between 2 to 4 kilograms. However, in habitats with fewer predators and a constant supply of food, groundhogs can grow up to 80 cm long which translates to a remarkable 30 inches and 14 kg in weight. These rodents are effectively adapted for digging and posses powerful and short limbs as well as thick and curved claws. Its spine is also curved unlike the other sciurid’s and its tail is also relatively shorter. The tail is basically one fourth of its total length. They are also predominantly covered with a two coated layer of fur. There is a dense grey lower layer as well as an upper layer of banded guard hairs which is actually responsible for the unique “frosted” look that is often associated with groundhogs. 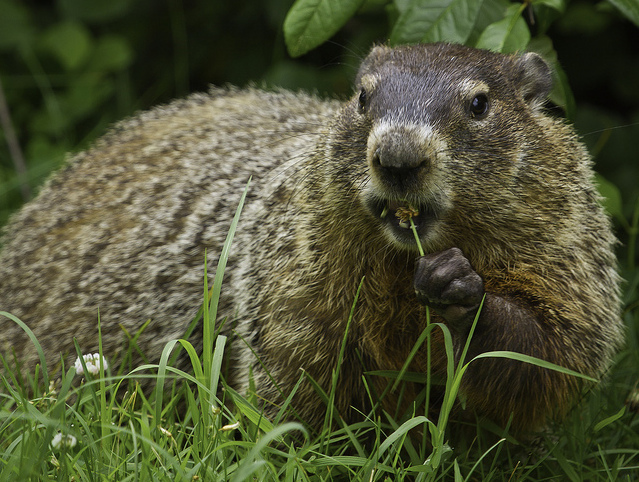 Activity – groundhogs are active during the day (diurnal) and are often seen during spring to fall. Typically, they will emerge from borrows in early morning hours and late in the evening to gather food.

Hibernation – the ability groundhogs have shown to hibernate is just exceptional. They slow down their metabolism rates at the start of October and will only emerge to eat in early spring. During this hibernation period, the groundhog’s temperature drops by almost half from 99° F to 40° F. Additionally, they slow their heartbeat from 80 beats in a minute to just 5 beats. During this period of hibernation, the groundhogs tap into their fat reserves for survival.

Reproduction – the mating season for groundhogs is often at the beginning of spring immediately after they have emerged from hibernation. The females give birth to 2, 3 or 4 kits all of which remain at their side for a period of about 2 months.

Burrowing – groundhogs are highly adapted to digging and they make good use of their strong and sharp claws to dig multi-chamber burrows where they hibernate, nest and also hoard food.

Socialization – groundhogs are not social animals and will only seek out each other during the mating season. However, they do work together in order to protect each other from predators. They use high-pitched thrills to warn each other about an impending danger.

Groundhogs are predominantly found in central and eastern parts of the US. They are also seen in some parts of Canada and Alaska. They often prefer to live in a transitional area where woodlands met with open spaces. However, groundhogs spend a significant portion of their time in the multi-chambered burrows which they often dig in well drained and dry soil. Additionally, the burrows are dug in areas with adequate cover including hedgerows, trees and even home foundations.

Groundhogs’ burrows and their constant burrowing can be a serious challenge for agricultural and residential growth. In that case, it is advisable for people to always keep their eyes open and identify groundhogs’ damage early.

Some common signs of groundhogs damage

Exclusion – fencing your property can go a long way in reducing groundhog damage. However, groundhogs know how to climb and can easily bypass a wire fence unless effective measures are put in place. The fence should be developed from heavy poultry wire and should rise to at least 3 feet. A 2-inch mesh woven wire should also do. Additionally, the final 15 inches of the fence wire at the top should be bent at an angle of 45 degrees. This will ensure that groundhogs are not able to climb over the fence. However, that is not the end as they can still burrow their way underneath the fence. To address this issue, make sure your fence is at least 15 inches deep into the ground.

It is not advisable to catch or trap groundhogs on your own. If your garden or lawn is infested, make sure to always seek the help of the professional wildlife removal company for groundhog removal. They know how to exclude them properly.