Speedy and lively critters, chipmunks belong to a small population of the squirrel family. Their large glossy eyes, pudgy cheeks, bushy tails and stripes have made them a favorite among animators, and give them a series of leading roles in Hollywood.

Chipmunks are generally seen scampering through the undergrowth of several environments from shrubby deserts to alpine forests. Some of these animal species dig burrows to live in, complete with chambers and tunnels, while others make their homes in bushes, logs and, nests.

Depending on the species, chipmunks can be reddish-brown to gray in color with contrasting light and dark stripes on the side of their face and across their tail and back. They differ in size and the tiniest chipmunk, which is 7.2 to 8.5 inches (18.5 to 21.6 centimeters), only weighs 1.1 to 1.8 ounces (32 to 50 grams). The eastern chipmunk, which matures up to 11 inches (28 centimeters) and weighs as much as 125 grams (4.4 ounces) is one of the largest.

The animals generally gather food on the ground on locations with logs, rocks and underbrush where they can hide from predators such as foxes, hawks, snakes, weasels and coyotes. Chipmunks feed on nuts, insects, berries, grain and fruit. They stuff food into their pouches, generous cheeks and carry to their nest or burrow to store. The animals hibernate, but instead of storing fat, they constantly dip into their cache of seeds and nuts through the entire winter period.

Their shrill, birdlike chirp is normally build upon sensing a threat but it is also said to be used as a mating call by females. The animals are solitary creatures and usually assume each other except during the spring period when mating takes place. After a 30-day gestation period, 2-8 litters are born. The young ones stay with their parents for 2 months before they start to look for their own provisions for the winter ahead.

Even though chipmunks are susceptible to forest fragmentation, they are not recently threatened. Nevertheless, the palmer’s chipmunk (Tamias palmeri) is regarded as a vulnerable species.

The animals feel most at home in sections with plenty of ground cover including trees, logs, rocks, shrubs and stumps. However, the ideal habitat for a chipmunk is a brushland, woodland and deciduous forest. Additionally, they feel much more at ease in other areas that offer cover like fencelines, urban parks, houses and hedges.

The animals dig extended burrow systems directly underneath or next to manmade or natural cover. They often dig 2 types of burrows:  deeper, more complex burrows where they store food, nest and spend most of the winter months and shallow burrows in which they find refuge while foraging during the day. Chipmunks hardly venture further than 1/3 mile from their burrows at a specific time.

Activity: The animals are very active in the daytime during spring, summer and fall. During the winter period, they remain in their deep burrow systems, where they enter patterns of torpor (lower body temperature and deep sleep) interrupted by feeding periods.

Reproduction: The animals breed twice a year – once in the summer and once in the spring – when chipmunks give birth to four or five babies at a time.

Burrowing: The animals dig their own pairs of burrows which can be dug up to 3 feet deep underground. Burrows are dug directly underneath or next to cover, because the animals always need protection from predators. More often, burrows dug by chipmunks cause damage when dug next to a home foundation.

Hoarding: To get ready for the winter hibernation period, chipmunks start to stockpile seeds and nuts in their burrows during early fall and late summer.

Communication: The animals are very protective of their burrows and use several loud chirps and also body languages to express occupied territory, dominance or to warn their young ones of impending danger. Additionally, females have a mating call for which they utilize their high-pitched bird-like vocalizations.

Even though chipmunks are small, they can also be very destructive, specifically when burrowing near a home’s foundation. That’s why you need to contact a chipmunk removal specialist for the best solutions to prevent such damages. 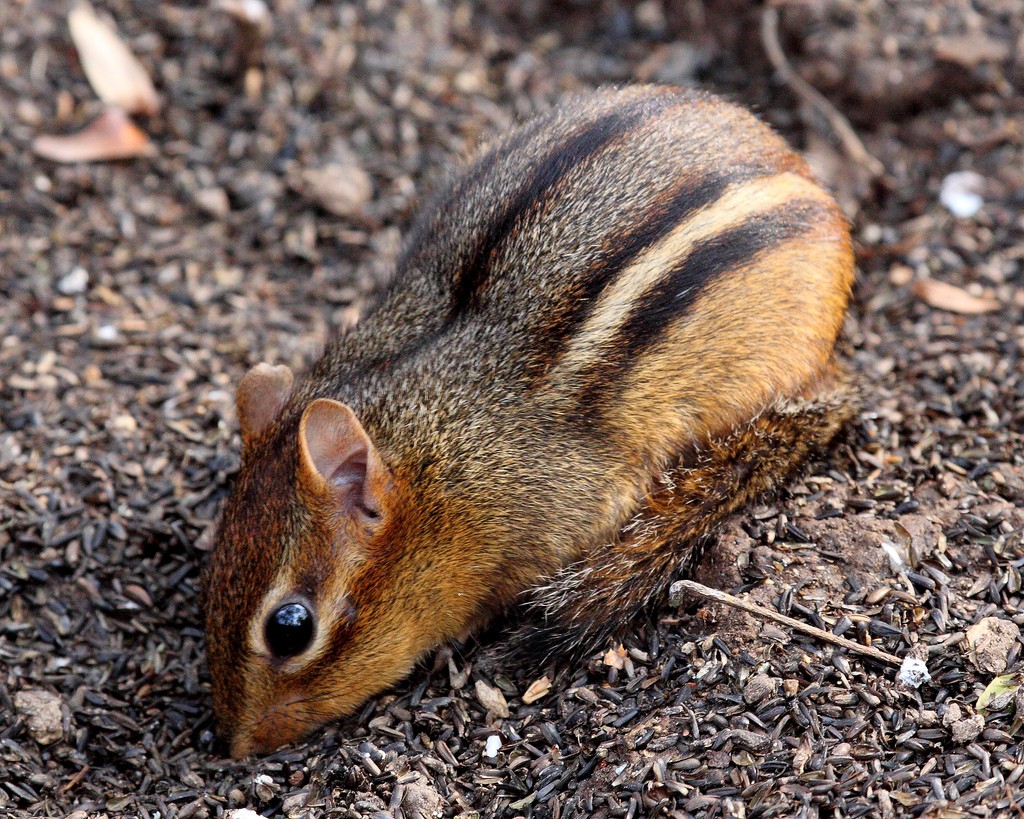 The following are the signs of chipmunk damage:

It is the most frightening disease carried by wild animals and is a deadly illness with no cure. Most individuals mistakenly think that chipmunks and other wild rodents carry rabies. In reality, these animals hardly have rabies. In fact, it is very difficult for chipmunk to develop rabies even if it is bitten by a rabid animal. Avoid chipmunks who are aggressive or overly friendly or who are foaming around their noses and mouths as this is one of the signs they have rabies.

The biggest risks posed to humans by young chipmunks are the insects that constantly bite these animals or live in their fur. Chipmunks can be infested with mites and lice, both of which also infest human hair and can spread specific diseases.

A bite from the animal is a serious medical situation. Chipmunk bites lead to infections that if left untreated, may cause permanent tissue and skin loss and even organs can fail to function properly. The chemicals in animal saliva are new to human bodies so infections are common. The following are signs of infection: redness, swelling and a fever.

Just like many other animals, chipmunks are susceptible to a number of parasites, especially roundworms. Roundworms constantly infect dogs and can also be transmitted to people. In extreme cases, a roundworm infection can lead to organ failure and malnourishment. Some chipmunks are infested with dangerous parasites and intestinal protozoa. Individuals who come into contact with the animals or their feces should wash their hands thoroughly. If your cat or dog kills a chipmunk, it is advisable to consult your veterinarian. Your pet could easily develop infestations from several parasite species that can then be transmitted to you.

Remove wood piles, debris and store away the food of your pets after feeding time. Exclusion may reduce the number of chipmunks. 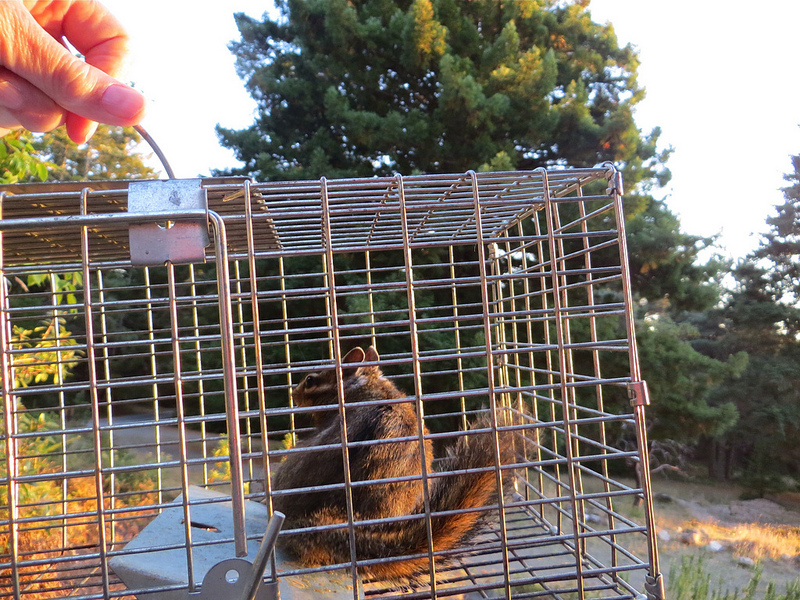 This is one of the most practical control methods to get rid of chipmunks. There is a huge variety of traps for chipmunks from wire mesh traps to live capture traps.

Since capturing chipmunks on your own poses danger, it is important to contact a good wildlife removal expert in your county or state. They know what methods to use to properly exclude the chipmunks off your lawn. You can call the number below if you have some inquiries.