Cold blooded animals like snakes need warmer temperatures to survive. Even if they prefer to live in places with humid climates, others live in dry places like the desert. Snakes molt or shed their skin and it occurs numerous times in their lives. Talking about their living behaviors, snakes are known to be isolated creatures, though they sometimes come in contact with each other by accident. Usually, they separate from others but during the mating season, they stay together and the males find female snakes they can mate with. The females have the prerogative to choose if she wants or does not want to mate. There are some species of snakes that give birth to live young while many of them lay eggs. The young ones are defenseless since they are left alone after the female gives birth.

Snakes smell the air by flicking their forked tongue. Snakes need to regulate their body temperature by staying in cool areas because they are ectotherms. Moreover, they hide during winter and must molt three to six times annually.

Snakes that are kept adapt to their environment. Some snakes are inaudible, while very few are lively, some are awake during night time and some are during the day. Though some crawl freely, most snakes are familiar to the limits of a container. Despite being caged, they will still adapt.

Caged snakes usually don’t have enough space to prowl unlike in the wild. They do this to search for food, habitat, and water or to find a mate. Since caged snake are fed by owners, they no longer have the need to hunt.

What are the size of snakes? 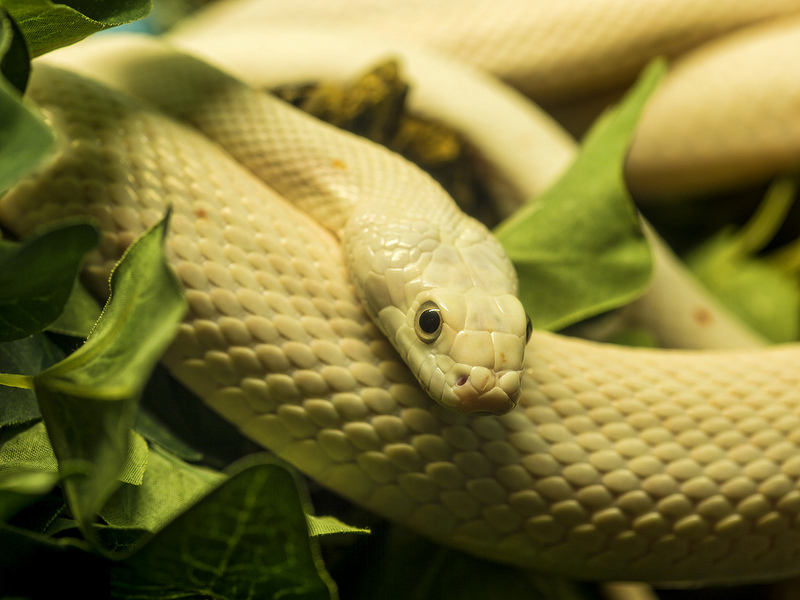 Snakes vary in sizes depending on their species. According to the National Geographic, the smallest snake is the thread snake which looks like an earthworm and only grows up to 3.9 inches long. In contrast, the reticulated python is the largest snake and it can grow up to 30 feet. The Titanoboa is the largest snake fossil discovered which lived 60 million years ago and grew to 50 feet long.

Where do snakes live?

Snakes live almost everywhere. Some are in the forests, lakes, deserts and grasslands and even under rocks. Even so, snakes don’t like the cold since they are cold blooded and don’t have the means to regulate their own body temperature. If the weather is cold, the snakes will be cold too and so during cold weather, snakes hide underground or inside houses to find warmth.

Injury from being bitten by a snake often results to puncture wounds by snakes’ fangs and sometime lead to envenomation. Even though most snakes are non-venomous, those snakes that are venomous can be found in every continent. Snakebite is under the “often neglected conditions” category of the World Health Organization. Oftentimes, snakes bite to paralyze their prey in search for food or as a defense mechanism. Because of their variations physically, species are hard to identify and thus, medical attention is needed upon a snakebite incident.

Signs and symptoms from snake bites

Common symptoms of snakebites are unsettled stomach and queasiness, dizziness, fainting, and sweaty skin because of fear. Media and literature somehow influenced thoughts of immediate death because of snakebites.

– Seek for medical attention if you or someone is bitten by a snake. It may be unnecessary to identify the snake.

– Take your pet to a veterinarian if it is bitten by a snake especially if it is experiencing pain, redness, swelling or bruising. If it’s not exhibiting the mentioned symptoms, call your veterinarian, nonetheless.

– Clean your home and yard to avoid snakes inhabiting your place.

– Ensure that door sweeps and window screens are closed tightly. Conceal vents and pipes into your home with screens.

– Remove hiding places like scrap metals, tall grass and other debris from your yard that may be a home for snakes.

– Build fences around your house to keep snakes away.

– In case you are keeping a snake in the house, make use of mechanical and glue traps to seize it. Call local wildlife animal control company for help in snake removal.

Overall, it is very dangerous to remove snakes by yourselves. If you happen to suspect snake infestation or even just one snake, don’t hesitate to call a wildlife removal company serving in your area. They are licensed and certified experts who knows exactly what to do in order to exclude your house from snakes.