(Please call Cedar Lake IN Animal Control for all your domestic animal issues, including dogs and cats at 219-374-5416)

Whether it’s a raccoon, bat, skunk, squirrel, or any other animal from the Indiana wildlife, it is not suppose to be inside your house. The creatures don’t even suppose to be in your lawn, garden, or backyard. There are many problems that can be brought by these critters, and it’s something you don’t want to deal with at any given time. We now provide Cedar Lake IN wildlife removal of wildlife species from houses, apartments, estates, facilities, and establishments in and surrounding communities in Cedar Lake Indiana. Get in touch with our operators for assistance. 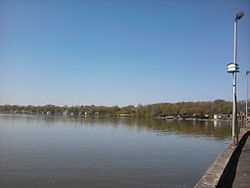 Located in Lake County, within Center and Hanover Townships, Cedar Lake is a small town made up of 21.3 square kilometers of land, with around 3.6 square kilometers of water. The area is well known for the body of water ‘Cedar Lake’ as it was named for the place. The history of the location can be traced back to the middle of the nineteenth century, with the very first settlers calling it West Point. The town eventually became a popular settlement for locals as well as foreigners, with the lake being the center of commerce for businesses. The lake is the biggest natural body of water in the northern western part of Indiana, with several ridges, hills, and wooded areas, which sometimes become a natural habitat for wildlife animals.

Raccoon Removal in Cedar Lake IN

Rural neighborhood in Lake can see raccoons roaming in open spaces, parks and other nature areas. However, these are not the only places which the gray fur creature can live. It’s important to note however that that raccoon is an opportunistic animal and would often find shelter in places like houses, barns and even apartments. They’re not busy builders of their own den either and would sometimes just reuse another wild animal’s burrow or seek refuge in tree hollows, logs and other crevices. The raccoons are known to go out at night than daytime to search for food like berries, birds, rodents and other small animal matter. They’re omnivores. Gardens and orchards sometimes attract raccoons.

Squirrel Removal in Cedar Lake IN

Squirrels can mostly be seen all over the state of Indiana. You can mostly see ground squirrels picking up nuts and seeds in the ground, but there you can also see a lot of tree squirrels. Some of the common species are the red squirrel, the fox squirrel and the gray squirrel. There also flying squirrels. As much as tree squirrels can be fun to watch as they climb trees and jump from one branch to another, they can be a nuisance if they find their way into households. We recommend squirrel trapping and squirrel removal if there’s a squirrel inside your place. They can easily cause damages inside rooms or can cause harm to pets or even humans. Your children can be at risk too.

Bat Removal in Cedar Lake IN

One of the species you may encounter is the Myotis sodalis or the Indiana bat. These are indigenous to North America, but can also be seen in some areas in the Southern states as well as Midwest. Average in size, it is mouse eared and grayish black in color. There are also brown chestnut colored bats. It weighs around 5 to 10 grams, ranging from 1.3 to 2.1 inches. It has similar physical traits with the little brown bat, but can be differentiated for its length of feet and toe hair. It can also be distinguished for its pink lips. It is an insectivore bat and would consume mosquitoes, beetles, midges, moths and other flying insects. The bats in Cedar Lake Indiana can mostly seen in farms, fields and agricultural lands, but may also find their in nearby communities and urban houses. If you need to remove a bat inside your house, just call our number on the page.

Wildlife Control Near Cedar Lake IN – Call to Confirm Availability

Don’t let Indiana wildlife creatures and animals cause damages or worse, inflict harm to people your living with inside your home. It is best to deal with wildlife animal problems immediately to avoid complications or untoward incidents.