Call our Madison AL wildlife removal services hotline for all your problems on nuisance animals and critters like mice, squirrels, rodents, opossums, raccoons, bats, beavers, armadillos and others.

* How to remove a raccoon in my attic?
* Solution to bat entry problems
* Squirrel entry proofing and prevention
* Removing skunks and skunk foul odor 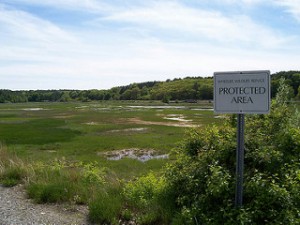 The city is a major part of the Huntsville Decatur Metropolitan Area. It’s made up of mostly land, with 29.6 square miles or 99.55% land, with only 0.45% water or 0.12 square miles. Madison City is near the Wheeler National Wildlife Refuge, a 35,000 acre habitat for wildlife protective species such as rabbit, squirrel, opossum, raccoon, deer, quail, geese, and ducks. It is also a refuge for migratory birds in the eastern U.S.

The time that a raccoon enters your home would usually be around 11pm to 5am. They are mostly nocturnal and become active mostly at nighttime. Raccoons have been considered as a clever animal, after being tested in a study to open locks, which they have successfully done. So, don’t be shocked to see a raccoon inside your home by the next morning. They can turn door knobs, hold down lever or push a latch. There are instances raccoons enter through windows, so you might want to make sure you don’t leave windows opened at night either, even slightly.

The two major groups of bats are the fruit eating ‘wide eyed’ megabats and the insect devouring ‘echolocating’ microbats. Megabats are not as widely seen compared to microbats which is largely distributed across the country. Microbats are the most common type and the most frequent species we remove in facilities and establishments. These small bats can easily enter houses through cracks, opened windows, chimneys and pipes. If you need a bat exclusion, call us.

We hear news on squirrels all the time. In fact there are a lot of funny videos on squirrels. They can be enjoyable and fun to watch as they jump and run all over the place. If they are outside, this is okay. However, if they start entering your home, you might want to eradicate them the soonest.

According to a medical report in 2011, the dreaded and stigmatized disease leprosy which humans can host, are also found in the wildlife animal armadillo. Humans and armadillo said to share the same leprosy strain upon medical tests. In Florida, there were three cases of leprosy after contact with armadillo.

If you’re property is near a body of water and you have a lot of trees, there’s a great chance a beaver can be drawn to the barks, trees and plants. Even if they don’t have a preferred type of trees, they will mostly cut trees as far as 50 to 150 feet from the water or where they have their dam, so it’s important to remove beavers immediately. 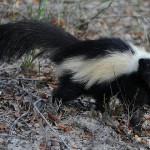 If a do-it-your-self method didn’t work, it would be better to seek a wildlife removal specialist. Call us now!