(Please call Ogden Dunes Animal Control for all your domestic animal issues, including dogs and cats at 219-762-4125)

Have you seen an unidentified creature in your home and want to extract them, but don’t know how? Some residents would call the town’s local authorities which handle stray animals; though in most cases the residents would be asked to find a licensed Ogden Dunes IN wildlife removal company instead.

If you see an intruding animal in your house and believe it belongs to the wild, a wildlife removal professional is what you need. They are experienced and licensed (as required by the state). In Ogden Dunes, we’ve provided a dedicated telephone number for a wildlife control expert which you can call (you can see it at the top of this page). Save our number and drop us a line as soon as you experience a wildlife animal nuisance at home!

Ogden Dunes has a pretty distinct and wealthy atmosphere, as evident of its history that can be traced to the Grand Beach Ski Club in 1920’s. The Ogden Dunes Ski Club later developed some land in the areas, which later helped grow the town geography.

The place is a majority residential community, with several stores and shops to meet the major necessities and services of the residents.

Several enclaves though became a notable attraction in Ogden Dunes, where some spots becoming a weekender vacation area for Chicagoans. Two of the famous vacation places in Ogden Dunes include Miller Beach and Indiana Dunes National Lakeshore.

Not that far from the beach and nature trails; you can see an abundant landscape of lots, trees, grass and woods. Wildlife can’t be missed, as it provides a well balanced Eco-diversity from the huge surrounding wildlife of Indiana. 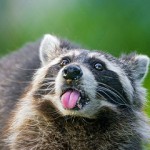 A common complaint we receive from Ogden Dunes residents is the feces which raccoons leave in households. If a raccoon established their den inside your house or they go back and forth in your home for their food source, they will usually spread their ‘droppings’.

Raccoon droppings looks flat in its end, crumb-like and can contain several undigested solid foods. The droppings are usually broken in segments, around 2-4 inches and have a diameter in the same size as your pinky finger.

Raccoons often leave droppings at base of tress, wooden logs, timber or roof. They usually like to defecate before they climb trees, chimneys or attics – as far away from their nest or den.

If you suspect a raccoon is on your household, DO NOT handle, touch, or smell their droppings, since this usually carry parasites and deadly zoonotic diseases. Call an Ogden Dunes IN raccoon removal expert. You can contact us regarding this service. 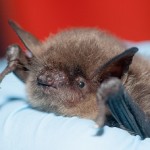 Most people thought of bats as pestilence, perhaps attributed to their insect devouring diet. This is partly true since bats do not discriminate on the insects that they eat. To think most insects (like mosquitoes) are carriers of deadly diseases, this makes insect-eating bats, a “live reservoir” of zoonotic pathogens and viruses.

Since bats eat a great number of insects, bats are considered an important contributor in ecological balance. Taking note of their major role in the environment. It’s important that bats should be handled properly and not to just kill them. Ask an Ogden Dunes IN bat removal expert on how to ‘humanely remove’ the bat, so it can be relocated to their more natural habitat. 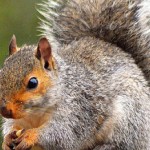 Squirrels are probably the most familiar wildlife animal for many people. Even children can easily recognize squirrels and would often ask if they can have them as pets. Not surprising, since squirrels are cute, tiny, furry and very active – they can be playful and fun to watch running around.

However, remember that squirrels are not meant to be a ‘domesticated pet’. These creatures can be a handful, often moving in frantic, out-of-control pace. Squirrels can never be trained like dogs, and doesn’t like to be touched, just like we do to cats.

Squirrels are wild and rabid, with large growing incisors which they always need to grind. This rodent type characteristic makes squirrels dangerous for children. If the squirrel feels it was mishandled, the animal might bite your kid with no warning.

You may want to seek the help of a squirrel removal specialist to trap the squirrels. Call our number regarding this service to get in touch with our representative.