(Please call Animal Control for all your domestic animal issues, including dogs and cats at 708-503-8100)

A farmland in the 1800’s, Olympia Fields is considered to be one of the best communities and neighborhood in Chicago. It has kept most of its natural landscapes and greens, boasting of the renowned Olympia Fields Country Club. With the exclusive and wealthy atmosphere of the place, the abundant woodland and grove attracts some of the most wildest and undomesticated animals in the state.

We’ve regularly received inquiries for Olympia Fields IL Wildlife Removal from residents with problems on micro bats in the attic, raccoons clumping in the garage and some squirrels storing food in vintage cars. Though the first instinct for property owners would be to expel the creature, this is not recommended by authorities. Indigenous varmints are known to be violent when threaten and if not handled with care, it will bite back. Some of these animals are carriers of rabies, so it’s never a good idea to remove them yourself. We recommend – call a wildlife control company. Contact an Olympia Fields IL Wildlife Removal organization as soon as you see a wildlife creature in your property. 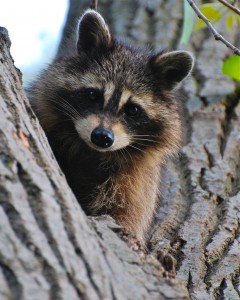 “Kitchen inhabited by a raccoon”… A report we received from our wildlife control staff that made an inspection in an estate in Olympia Fields. Raccoons finding a place in households are a common problem we deal with in Illinois and this is no surprising since they seek a new refuge if they experience disturbance in their natural habitat in the forest.

Generally nocturnal, don’t be surprised if you suddenly found a raccoon resting in the kitchen cabinet when you wake up in the morning. Though other home owners would try to extract the raccoon by pushing them away, these creatures can be very stubborn. If that’s the case, call an Olympia Fields IL wildlife Removal company to help you expel the raccoon from your house.

One of the deadliest mammals in the planet, bats carries rabies and viruses like SARS, Ebola, among many others. Do not try to get near bats that you see in your home. Exercise extreme precaution when you see these mammals to avoid contact and being infected by diseases.

Our advice for residents in Olympia Fields when they discover bats in their house, call a wildlife removal specialists. Track N Trap provides bat removal and other wildlife control services in Olympia Fields and nearby villages and cities in the state of Illinois. 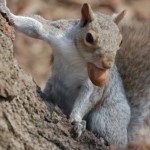 Squirrels can stretch their limbs when reaching for food, often doing this with ease. They even have the ability to outrageously rotate their feet, which allows them to descend house fences and trees -plunging and descending with their head. Squirrels in general are small, with very slender and agile body; their silky furs allow them to quickly slide through tubes and pipes very easily.

These creatures abound in rain forests and tropical jungles, but rarely can be found in extremely cold and hot regions. Squirrels basic foods are nuts and seeds, though there are species (medium sized squirrels) that can eat smaller vertebrates. These furry animals have the chipmunks and woodchucks as close relatives. Even if the squirrels are known to be tree dwellers, they do seek shelter often times in households, establishments and even vehicles. Though squirrels sometimes do not look as threatening (let’s say) as a raccoon; they can still pose danger in homes, especially for households with kids and senior citizens. Don’t take the chance (or even attempt to expel them) – contact an Olympia Fields IL Wildlife Removal company if you found squirrels in your place!