Get in touch with our animal specialist on Tuskegee AL wildlife removal for nuisance creature problems that bring damages to structures, appliances and furniture. The frequent animals we handle include bat, beaver, armadillo, raccoon and squirrel. Here are common inquiries we receive from areas near Montgomery: 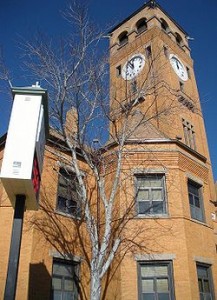 By Rivers A. LangleySaverivers at en.wikipedia [Public domain], from Wikimedia Commons

Tuskegee has an abundant history that can be traced to European settlers and tribes of Creek Native Americans. Even with its rich past, the small city is roughly made up of 15.5 square miles land or 98.5%. Water can only be seen 1.5% or just 0.2 square miles. Tuskegee has several nature attractions like the Tuskegee National Forest, Victoryland Greyhound Park and Tuskegee City Lake, which has been a refuge to several wildlife animals.

Nature individuals taking a walk in outdoor trails, they sometimes give food to raccoons that they see. They thought by feeding the raccoons, they are doing a kind act towards nature. However, this is not right. Raccoons are wild by instinct and they have survival skills in their search for food in the forest. This is actually the reason why raccoons enter homes and households, because the animal now seeks the help of people.

There are several well known squirrels in Alabama. In Tuskegee, we’ve seen the grey squirrel. A small creature that weighs around 0.75 – 1.5 pounds, this species is already at their adult age and considered to be the average in size as seen in their home range. The animal is prominently covered with gray hair, with strips of white fur. We can help you prevent entry of grey squirrels, call us.

In Tuskegee, we’ve often excluded insect eating microbats more than any other species of the flying mammal. These bats eat insects such as flies, mosquitoes, fleas, spiders and bugs. There are no specific numbers of insects, but experts approximate a single bat can have 2,000 to 3,000 insects in an evening. To remove bats, you would need the help of a professional.

Armadillos in Tuskegee come close to the size of a medium sized cat. The shape of its body is like that of an opossum, but the two wild animals are never related. The closest families of the armadillo are actually the sloths. For trapping of armadillos, call our phone number.

The skunks from Tuskegee have average sizes. They don’t run as fast like other creatures because they have short legs. Their feet in front have five curved toes, longer and sturdy to help them dig (their feet behind have short and straight claws). Skunks can be a complete nuisance because of their awful scent. We can help you trap skunks, ask us how.

A common sight in Alabama subdivisions are beaver dams. These are dome-like structures erected by the brown furry animal beaver. Some experts state that the beaver dams are a display of engineering skill. However, dams cause several problems to Tuskegee home owners such as flooding. We can assist you destroy dams and transfer beavers.

Damages can be costly if wild animals are not removed. Ask us for the best method.