(Please call Whiting Animal Control for all your domestic animal issues, including dogs and cats at 219-659-2131)

Are you in immediate need for squirrel trapping or bat removal? Still looking for an expert to provide raccoon removal and proofing in Whiting IN? We’re glad to bring our licensed wildlife control specialists in Whiting in Lake County. Solve your animal intrusions and nuisance problem with the best Whiting IN Wildlife Removal Company in Indiana. Call us now for details, questions and scheduling! 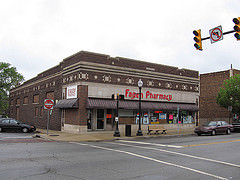 Whiting brings significant interest from locals to guests for its annual Pierogi Fest at down town Whiting, which is celebrated with dance and presentations, often drawing large crowds not only from Indiana and Chicago, but even from foreigners from other countries.

Also drawing residents and guests are two notable attractions, not that far from the city proper, Whiting Park (near Lake Michigan) and Whihala Beach.

Though local folks often troop park and nature trails to set some picnics, several disruptions have been reported after they returned from their outdoor trips. Some intrusions from undomesticated animals caused nuisance and anxiety to residents. Some of the wildlife problems in Whiting homes include nesting bats in garages, raccoons inhabiting attic rooms and squirrels in car trunks.

What to expect from wildlife creatures like squirrels, raccoons, and bats? 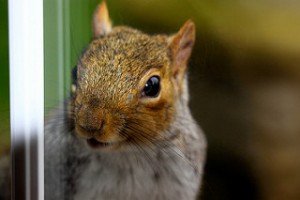 In Whiting, vegetable gardeners always complain of trespassing squirrels in their kitchen garden.

Most Whiting residents however didn’t know why. Here’s what we’ve found out.

The squirrels were attracted to the freshly flower bulbs, just planted in the garden soil. Actually some of the gardeners didn’t know why the bulbs were being dug up, and being swapped with hickory, pecans, seeds and buds. As it is, squirrels dig the newly planted bulbs and then hid the food items they got from another area.

These bushy tailed small rodents actually like woodlands. They are easily attracted to gardens with lots of trees, climbing up and down the branches to hide their food. However, we have learned in several of our visits that squirrels would swap the fresh flower bulbs with nuts, and then use that garden spot as their “food storage”. This has since caused a headache for Whiting gardeners.

Squirrels can be difficult to stop from entering a garden or a household for that matter. You may need to ask a squirrel expert from a wildlife control company regarding this. 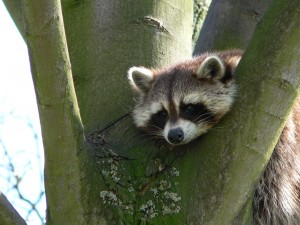 Raccoons can often be seen near water areas, and known to have a diet that include water creatures like snails, clams, fish and frogs. If there’s no body of water, they can be seen roaming around in search of bird eggs, small birds, mice and slugs. Raccoons also like vegetables and fruits. They’re not known to be picky eaters … and can take what is on their table.

This wildlife creature can be solitary at times, as evident in some urban sightings in Whiting. They can be seen finding food in trash cans and garbage bags, which has since urbanized several native raccoons. In some of the wildlife control problems we encounter in Whiting, some raccoons also like to eat pet food. We always recommend in our visits to properly clean and dispose food leftovers (including pet food) to avoid attracting raccoon intrusions.

Raccoons can be difficult to handle. They’re mostly stubborn. Don’t make the mistake in hurting them because they can always fight back. You don’t want to risk yourself regarding this. Calling a wildlife control company always help. 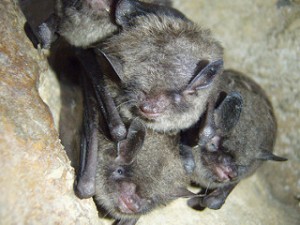 In our bat removal services in Whiting Indiana, some residents ask us how bats guide their way in the dark. We’ve removed several microbats in some houses in Whiting, including house areas like the attic, ceiling and roof. Home owners wondered how the bats found their way in such dark places, where they have not really installed lights.

Microbats use the highly-specialized technique often used by submarines in very deep waters – echo-location. A common belief by most people is that bats use echo-location because they’re blind. Bats can actually see, but they just have poor vision. No such species of bat are completely blind.

The high-frequency pulses of sound they reproduce come out from their mouth and nose. It would be difficult for some people to hear these sounds.

Since bats roam a wide scope of areas during the evening, they can’t tell whether they would end up in natural spot like a cave or a residential area like a house. This is always the case when sun rises and their still in flight. In most instances, bats would settle in a ceiling or attic and establish it as one of their roosts.

Bats can be a nuisance in any property, particularly business establishments like stores, shops and facilities. If you need to extract bats (or other wildlife animals) you can ask one of our representatives for solutions how to best handle it.