In Alabama, we now provide Saraland AL wildlife removal services for houses and establishment that need to extract animals like bat, armadillo and bird. We also remove other mammals like beaver, raccoon, fox and squirrel. Some of our frequent calls in Saraland include:

Saraland is made up of mostly land, at 99.5% or 22 square miles. Water is only at 0.5%, roughly at 0.1 square miles. Saraland’s wildlife animal intrusion can mostly be traced in the vast and dense trees, forest and nature in nearby Mobile.

The track of the raccoon can sometimes be mistaken from other animals. An opossum have similar tracks like the raccoon. That is because both have five toes on their feet, whereas the two animals also similarly walk in the same way. Opossum and raccoon often have tracks that are paired. Their hind track and the opposite front track can be seen close together. The differences however are on their paws. Opossum have baby like hand-print, while raccoon sometimes show their claws. If you need one, we have raccoon removal controllers on stand-by.

Squirrels can cause damages. This is given, considering they are wild in nature and not tamed, compared to domestic animals like dogs or cats. Having known this, you should strive to make sure your home or establishment would be proofed from squirrels. Whether it would be one or more squirrels, they have the tendency to chew into items like cabinets, closets, couch, bed and sofa. If you don’t like to have costly damages, you may want to include squirrel prevention and squirrel control as part of your home priorities.

Bats in Alabama can bring health risks, more than being beneficial as some believed (bats bring down population of mosquitoes). A disease often associated with bats is the Histoplasmosis, which can be transmitted from the droppings of the bat guanos. If the wastes accumulate in volume, it becomes a Histoplasma capsulatum fungus which produces spores if it will be inhaled by people. The bat guano easily accumulates in ceilings, roof and chimneys, with owners are often unaware. We can help you extract bats and clean bat droppings.

Armadillos have sometimes been linked many times, as a common road crossing animal in the west. In particular, it is big in number in the state of Texas. For a while, the armadillo has been called the ‘Texas speed bump’, obviously on how it slows down vehicles in the state. However, armadillos can now be found here in Alabama. Are there problem causing armadillos in your property, remove the animal with a professional. 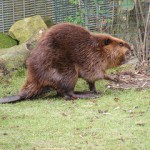 There are many costly problems that can be caused by an Alabama beaver for Saraland home owners. The economic cost will be quite hefty for some residents, particularly if they would not be able to handle it at the earliest possible time. Damages to flowers, ornaments, crops, timbers and trees are all common. Fortunately, there’s a way to stop the beaver – just send us a message for inquiries.

The skunks we’ve often see in Alabama are the Spilogale putorius (spotted skunk) & Mephitis mephitis (striped skunk). The spotted types are not many, and can be seen mostly in the south. The striped species on the other hand can be seen in most cities and counties in Alabama. For Saraland skunk removal solutions, call our number.

If you’re from other towns and communities near Saraland, call our hotline for appointments. Avoid dangers of having a wild critter at home. Contact our specialists for schedules of visits.