If you require Galloway NJ wildlife removal of virus carrying critters like bats, raccoon, mice, squirrels, rodents, chipmunks, rats among many others, kindly give us a call today. We’ll take care of all your wildlife problems for your business, agency or home. We’re a team of professional wildlife experts with decades of experience in animal trapping, clean-up of wildlife and overall wildlife management solutions. Let us know if you need inspections and preventive planning to block wildlife animal access point in your property. 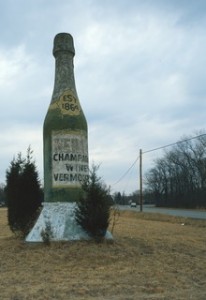 Galloway is a township located in Atlantic County in the state of New Jersey. It is the largest municipality in the state, making up more than 115.2 square miles, with more than 26.1 square miles water and 89.07 square miles land. The place was founded in 1774 with portions from Egg Harbor and Gloucester. In 1837, it was incorporated and became part of Atlantic County. The area is one of more than 56 Jersey municipalities within the New Jersey Pinelands National Preserve, where there’s more than 1.1 Million acres of protected natural areas and ecological systems. There are several nature areas in Galloway namely Galloway National Golf Club, Historic Smithville & Village Greene and Edwin B. Forsythe National Wildlife Refuge. The refuge is made up more than 40,000 acres of natural habitat, with dedicated 6,000 acres for wilderness area. Galloway is also a popular site for bird watching, hiking and nature photography, with several species that can be seen such as woodcock, songbirds, deer, turtles and other wildlife animals.

Capturing a raccoon in New Jersey does not end from its removal from the household or establishment. Some people think removing wildlife animals are simple, but it is not, as it requires planning and prevention strategies. Where to relocate the raccoon is also another question that needs to be answered. What to do with the animal if it is sick, weak or rabid also needs to be addressed. A raccoon in Galloway NJ can’t just be released anywhere and it has to be relocated into its natural home range far from rural living.

Most people in New Jersey don’t discriminate much about the rodents they see inside their home. Mice and rats are sometimes interchanged, the name are sometimes swapped one with the other. The difference however lies in the size of the species. For medium or larger size rodents, they are mostly called as rats. Small size rodents on the other hand are called mice. Both share fairly similar behaviors and can bring in problems to houses and stores in Galloway just the same. Rat and mice infestation has always been a problem however for most households.

Reports of New Jersey bats inside households are quite common. Most residents though are shocked and at the same time afraid. It’s natural since the habitat of these wildlife animals are in volcanoes, caves and forests, you don’t see bats often in rural areas. Even so, you don’t see bats in broad daylight since bats only became active in the evening. The bats we’ve removed in private and commercial properties are just as surprised, but at the same time concern and wanted the creature removed as soon as possible.

As small as the squirrels are, their sustenance are mostly protein based as seen with their preference for nuts. Fats and carbohydrate filled food items are also preferred nutrients. It would be safe to say squirrels like foods that are full of flavor and tasteful to their palate. On the contrary the New Jersey squirrels stay away from vegetation and plant based food, which are mostly bland and have no taste. Other notable foods squirrels like are seeds, corns, fruits and grains.