Do you require a local Deptford NJ wildlife removal person to help you remove a raccoon trapped in the attic or exclude bats in the chimney? Please dial hotline for scheduling of inspections. We’ve handled different types of wildlife situations such as garden damaged by squirrels, rats chewing furniture or snake found in closets. Our area of service includes communities and towns nearby Deptford New Jersey. Contact our staff today. 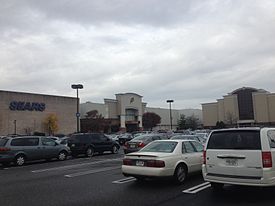 Located in Gloucester County, Deptford is a New Jersey township made up of 17.3 square miles land and 0.25 square miles of water. Founded in 1695, its very first name was ‘Bethlehem’. It was then officially incorporated in 1798 through a New Jersey Legislature Act, with its present name taken from an English port. The town is also part of a suburb in Philadelphia, at the eastern portion near Walt Whitman Bridge. An important part of history of the area is being the location of the very first landing of the very first hot air balloon in the country by Jean Pierre Blanchard in 1793, where Blanchard delivered a letter from George Washington. Some of the neighborhoods in the town include Blackwood Terrace, Jericho, Salina, Woodbury Park, Clements Bridge, New Sharon, Westcottville, Good Intent, Almonesson, and Oak Valley. Some of the notable parks in the area include Kass Maeir, Charles Fasoloa, Green Acres.

How do you deal with a colony of bat you’ve discovered in the dark corners of your attic? The colonies of bats can also form in walls, ceilings, chimneys and vacant rooms. There are residents who open windows and try to disturb the bats by hitting them with brooms or long stick. This is not advisable by all means since the flying mammals can attack people. If you have kids and babies in the house, this makes it more dangerous. It would be better to ask bat specialists, who know how to deal with the behaviors of bats.

Most people disregard health risks by going near raccoons in hiking trails and nature parks in New Jersey. Often, people think these wildlife animals are not harmful because they walk gingerly while finding their food outdoors. There are even incidents where kids throw in food scraps like bread, biscuits or chips to the raccoon. It is not advised to feed the raccoons you see in parks or walking trails in Deptford. These are rabid creatures and can attack people without warning.

Not all the range of squirrel species consumes other New Jersey mammals. Since they are generally small, they are not known to be predators in wildlife. There are very few sub groups of squirrels which partly prey upon animal matter. Some studies of several biologists in the early 19th century, namely Bailey, Whitaker and Wistrand. One of their studies revealed the 13 line species of ground squirrel have small young animals on the stomach, particularly baby lizards, snakes, birds and rodents. For squirrel trapping and removal, you can call one of our staff for schedules in Deptford.

Rats are one of the most common invasive species in homes, apartments and restaurants. It can degrade any structure as soon as it starts living or established its territory. The black rat for instance don’t just damage equipment or furniture, it can also damage crops, farms and vegetation. The same thing can be said about the brown rats. These wildlife critters are known to be omnivores and can consume plants as well as animals matter.